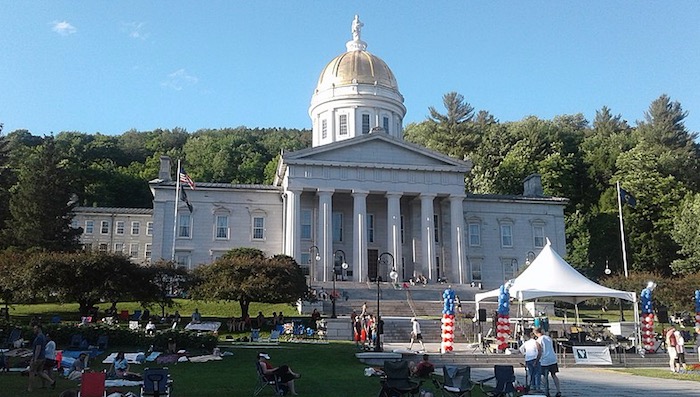 WINDING DOWN: The Vermont Statehouse and the governor still have some differences to work out as this year’s legislative session is scheduled to conclude in a week.

The current legislative session is scheduled to adjourn this Friday, but a handful of major political disputes are getting resolved while others are still up in the air.

Gov. Phil Scott may win a big political fight with lawmakers considering the fate of the Clean Heat Standard, which would require shifts away from carbon-based heating sources towards electric systems that presumably would rely mostly on renewable forms of energy. The governor, in his veto letter, cited the state’s Joint Fiscal Office’s statement that now is not the time to spring new costs on Vermonters.

It is too soon to estimate the impact on Vermont’s economy, households, and businesses,” he wrote. “The way in which the Clean Heat Standard is implemented, including the way in which clean heat credits are priced and how incentives or subsidies are offered to households and businesses, must be established before meaningful analysis is possible. At the same time, those incentives or subsidies could be costly for the State, suggesting larger fiscal impacts in future years.

A bill that continues to be in contention is S.234, which concerns major revisions to the state’s zoning laws. The bill is currently on the notice calander for the Senate to look at proposed changes by their colleagues in the House.

The Lake Champlain Chamber of Commerce wrote that a major contention remains that another bill was tacked on to it.

As we covered last week, S. 234 got significant pushback from mayors, local governments, as well as non-profit and for-profit developers because it contains H. 492. H. 492 would bifurcate the consolidated appeals process established back in 2004 and create two tracks for appeals to be heard, they report.

“Designated neighborhood development areas seeking enhanced designation shall have, in addition to the requirements of this subsection, wildlife habitat planning bylaws for the enhanced designated center that comply with standards established by the Department of Fish and Wildlife,” the bill states.

S.148, which would establish new bureaucracy to monitor “environmental justice” in state policies, is that it was messaged to the House chamber from the Senate on Friday with some more differences to be addressed.

The bill is not currently listed on the House calendar for this week.

Lawmakers turn against governor on pensions

Last week the governor saw his veto of the pension reform bill S. 286 overriden by unanimous Senate/House votes. The governor — who request sufficient reforms in the pension system that he felt were disregarded — signaled that he expected this to occur in his veto letter.

“I have been clear it does not include enough structural change to solve the enormous unfunded liability problems the State faces. I offered balanced solutions, which were disregarded,” he wrote.

The current unfunded retirement liabilities for public sector workers in Vermont is estimated at over $5 billion.

Scott signed the state’s first code of ethics for public officials on Tuesday. Most states already have a code and this one is seen as an important start for Vermont.

It also attempts to clarify what is not a sufficient conflict.

““Conflict of interest” does not include any interest that is no greater than that of other persons generally affected by the outcome of a matter, such as a policyholder in an insurance
company or a depositor in a bank,” it states.

This bill H. 69, would create a new task force to examine systemanic racism in the state.

It would “develop and submit to the General Assembly a proposal for legislation to create one or more truth and reconciliation commissions to examine and begin the process of dismantling institutional, structural, and systemic discrimination in Vermont, both past and present,” its text states.

This commission would have authority directly over participating legislative figures.

This bill would cost taxpayers about $4.5 million. On Monday morning, the Senate chamber approved the latest version and it may see the governor’s desk next.

4 thoughts on “Numerous battles remain for the legislative session”