Emboldened by their new majority in the state Legislature, Republicans are plodding ahead with proposals to cut taxes, pass a “right to hire” law, expand private school vouchers and tackle other measures blocked by Democrats in the previous legislative session.

Topping the agenda for newly elected House Speaker Sherman Packard, R-Londonderry, is a refiled proposal to create a statewide “education savings account” that would divert taxpayer dollar to private education by authorizing the same per-pupil share of state school funding for students who want to attend private or parochial schools, or receive home schooling.

“This is one of the highest priorities for us … and it will pass,” Packard said during a livestreamed event Thursday, hosted by the conservative group Americans for Prosperity-New Hampshire. “We have no doubt in our mind this will help students in this state get a better education.” 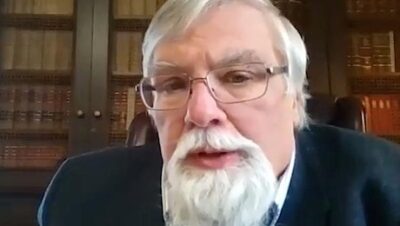 The state has a tax credit program, created in 2012, that provides scholarships to public school students who want to attend private schools. But advocates say the program doesn’t go far enough to meet the demand, and only covers a portion of the expenses. The average grant in the 2019-20 school year was about $2,800.

Republicans have filed similar bills in the past all of which have been blocked by Democrats who were in control of the Legislature until the Nov. 3 elections, when the GOP won a majority of the seats in the House and Senate.

The latest version of the proposal, House Bill 20, is named after the late House Speaker Richard “Dick” Hinch, who died from COVID-19 about a week after he was sworn into office.

Packard said also plans to make a big push for House Bill 10, which would lower the state’s business profits and business enterprise taxes to 7.5 percent and 0.5 percent by 2022.

Another proposal high on the Republican agenda is another push to pass a “right to hire” law for private sector workers, which has been debated as far back as the 1980s.

Senate Bill 61 would prohibit private sector unions from requiring nonmembers to pay dues or other fees for collective bargaining activities, expanding public sector right-to-work which was upheld by the U.S. Supreme Court in a 2018 ruling. 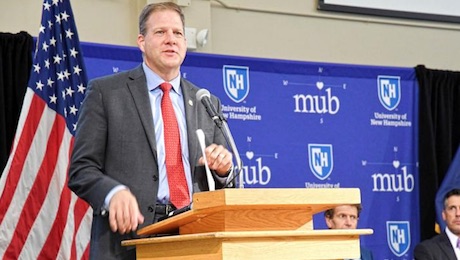 New Hampshire’s Republican Gov. Chris Sununu has already said the state won’t participate in the regional climate pact, but House Bill 373 would prohibit the state from signing onto the agreement or spending additional taxpayer money studying it.

Sen. John Reagan, R-Deerfield, the bill’s primary sponsor, said the changes would create a system of “fair bargaining between employer and employee.”

“Anywhere you can inject competition you get better pricing and you get a better product,” Reagan said.

Meanwhile, Rep. Jeanine Notter, R-Merrimack, has filed a new bill that would prohibit the state from entering into a regional climate pact being pursued by Massachusetts and several other Northeast states.

The 12-state Transportation Climate Initiative is aimed at reducing transportation emissions and easing traffic congestion, but could ultimately increase prices at the gas pumps.

Republican Gov. Chris Sununu has already said the state won’t participate in the regional climate pact, but House Bill 373 would prohibit the state from signing onto the agreement or spending additional taxpayer money studying it.

Notter said TCI is “a regressive gas tax that hurts those who can least afford it, like the elderly on fixed incomes, the working poor, or those who commute to work.”

“It’s unfair to place this burden on their backs,” she said. “It’s time to pull the plug on TCI.”

The bills were among the “top 10” legislative proposals backed by Americans for Prosperity New Hampshire, a conservative group that advocates for low taxes and limited government.

Greg Moore, the group’s state director, said 2021 “has the potential to be a transformative year” for the conservative agenda in New Hampshire.

“With the chance to get our economy thriving again, expand educational opportunities for students, strengthen our right to free speech, privacy and worker freedom,” he said during Thursday’s news briefing. “We are excited to get to work and support policies that knock down barriers preventing Granite Staters from achieving their American dream.”