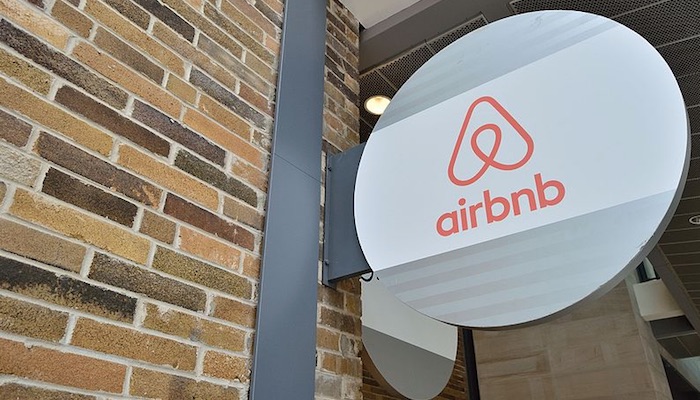 In recent weeks, Vermont’s traditional bed and breakfasts have been complaining to the legislative committees that Airbnb hosts don’t have to pay the registration fee that traditional B+B’s do.

All Vermont taxpayers, especially those using Airbnb to travel or host, should be concerned about a new tax bill that passed the Senate and is being considered in the House. S.204 would force travelers to pay higher prices for fewer places to rest, give less opportunities to Airbnb hosts, and leave less revenue in the state’s coffers.

Committee discussion in recent weeks about S.204 made it clear that Airbnb was the target for new regulation on short-term rentals in Vermont. “Prior to offering for rent a short-term rental, a person shall register with the Commissioner (of Health) … whenever an inspection demonstrates that the short-term rental is not operated in accordance … the registrant (will be notified) of the conditions found and shall direct necessary changes.”

In addition to the per-booking tax that the state began collecting back in 2016, the registration inconvenience is accompanied by a new tax: “a short-term rental unit registrant shall pay to the Department fifty percent of the (lodging) fee required.” Vermont statute indicates that “lodging establishments … (with a) capacity of 1 to 10” have an annual fee of $130.00. So a single Airbnb unit would cost $65 for a host to register annually, before per-booking taxes.

To understand how the tax hurts Airbnb hosts and guests despite only being imposed on the hosts, we need to understand a hypothetical market for Airbnbs in Vermont, as shown in the chart “Vermont’s Airbnb Market With S.240 Tax.”

The line [Supplyno-tax] intersects the [Demand] line for rental units at [Equilibriumno-tax], indicating that a less-regulated Airbnb VT market would produce a Quantity of 10,000 rental units annually [Qno-tax] , at a price of $35/night [Pno-tax].

Assuming the S.240 tax is imposed and hosts are extremely tax sensitive, [Supplyno-tax] will shift left to [Supplytax] toward the new [Equilibriumtax] . This would cause the quantity of Vermont rental units to to decrease from [Qno-tax] to [Qtax]. The quantity decrease is the net result of hosts being less likely to open up their homes and fewer Airbnb guests willing to pay higher prices. If Airbnb hosts and guests are price sensitive enough, we could see Vermont make less net revenue overall if houses pulled off the market results in a severe enough booking decline and accompanying per-booking tax collection decrease.

For an Airbnb host that only offers their home for a few nights a year, we can expect them to pass on large portion of the tax to their guests (assuming they decide to keep operating or register at all). In this example, guests, on average, would pay the host $45 per night [PGuestTax]. The state would collect $45 – $20 [PGuestTax] – [PHostTax], which is $25 in this example. The host would keep the other $20 n this example..

In the end, Airbnb guests would have fewer Airbnb homes to choose from, with price increases across the board. We would need far more specific data to answer “by how much?” The state would keep a much smaller percentage if an Airbnb host operated regularly, but that isn’t much solace for occasional Airbnb hosts who pull their home off the market to avoid the tax. While S.240 would affect occasional and frequent hosts to different extents, the overall effect would be higher prices and fewer options for travelers.

The best policy option would be to reduce spending so that we can eliminate registration and per-booking taxes that serve as entry barriers for ‘extra money’ jobs. The second best alternative would be to eliminate all registration taxes and replace that revenue with per-booking taxes for all B+B’s. Traditional and otherwise. This way, Airbnb, hotels and traditional B+B’s wouldn’t have to bicker about who should have more regulation. We could let the consumer decide, through a clear market signal shown every time a traveler books a room at their choice of establishment. Though S.240 is not as heavy-handed as some tax bills, being the “lesser evil” does make it good policy.

4 thoughts on “New tax could make Vermonters, and our government, poorer”