The Agency of Education is being accused of making the administration of special education expenses more complicated and costly than it needs to be.

Mill Moore, executive director of the Vermont Independent Schools Association, told True North that both the schools he represents as well as public schools are unhappy with the latest requests from the agency. He says schools are being asked to break down special education and general education expenses more than previously required. It’s part of a new rule intended to comply with Act 173, which reforms special education funding. 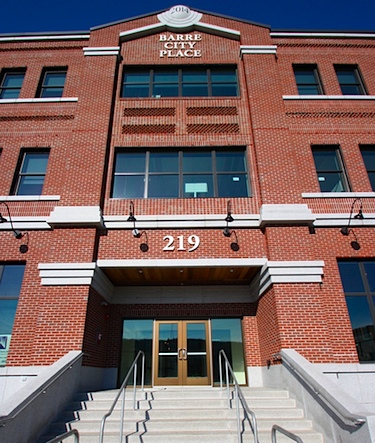 COSTLY SPECIAL EDUCATION: The Agency of Education is causing some headaches for schools that specialize in special education, according to Mill Moore of the Independent Schools Association.

Act 173 changed special education services from a fee-for-service model into a block grant model based on the total student population.

Moore said there are 33 special education schools in Vermont that have been abruptly informed about this new accounting standard, and he added that it’s hindering the book-keeping systems, and many programs must now be reappraised.

“It is a bureaucratic nightmare,” he told True North.

“AOE rate-setting team members appear to be making decisions based on impromptu personal interpretations, sometimes misunderstanding or misinterpreting schools’ budget category titles, sometimes making improper judgements about whether an amount is excessive or insufficient, and never able to provide assurance of consistency from school to school, category to category or year to year,” the memo states.

“The agency has said historically that that is all special ed, no matter what’s going on,” Moore said. “Now they are saying some elements of what goes on in those schools are still general ed, and you’ve got to figure out what they are and bring them out.”

He said the schools are left to do all this additional administrative work. Then, that data is reported back to the Supervisory Union, where it is further processed.

Moore’s organization has analyzed data from 12 special education schools that are already submitting billing under this new system, and the results are raising concerns. In particular, because less money is now getting classified as special education, fewer charges are getting covered by state money.

“Assuming the dozen schools approved so far are generally representative of what will follow when all 32 special ed school rates are set, the data now available project to approximately $22 million in new general education spending — or put differently, $22 million that is no longer eligible for reimbursement by the state,” Moore wrote in his latest newsletter. “This cost shift to general education spending may translate into property tax rate increases at the local school district level.”

Ted Fisher, the director of communications and legislative affairs for the Agency of Education, said officials in the agency are reviewing the concerns expressed in the memo.

“There has been no change in law or rule, and the agency has not changed practice,” he wrote in an email to True North. “The memos sent in June were intended to reiterate existing regulation school districts must follow. Under Vermont’s existing regulations, special education funding cannot be used to pay for general education costs.

Fisher confirmed that state money could be affected.

Moore told True North on Monday that there had been a meeting between the AOE and the concerned parties regarding the  situation.

“The secretary [Education Secretary Dan French] said yesterday he will make an announcement of a policy change regarding the controversy that erupted following the AOE’s June policy change on special ed expense reporting. He said he will do this quickly,” Moore said.

Jay Nichols, executive director of the Vermont Principals Association, said his organization is currently in talks with the agency.

“Our organization is trying to work with the Agency of Education and other educational organizations to resolve differences related to funding rules and interpretations,” he wrote in an email.

Images courtesy of U.S. Department of Education and File photo