Michael Schirling, who heads up the Vermont Department of Public Safety, appeared before committee members and presented the findings of a new report on the Model Statewide Policy for Law Enforcement Use of Force.

During the meeting Schirling offered data that puts Vermont’s police activities in perspective, especially incidents involving use of force.

“The State Police respond to somewhere between 120,000 and 125,000 events per year; that conservatively creates about a quarter of a million contacts with the public,” Schirling said. “And on an annual basis the last three years there have been approximately 200 instances in which force beyond compliance and handcuffing was used.” 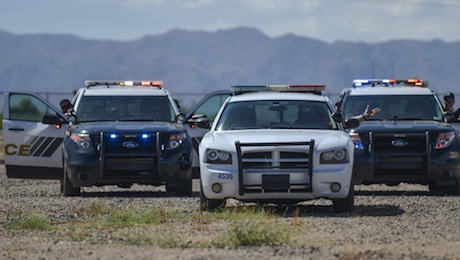 USE OF FORCE: Lawmakers last year passed a law addressing use-of-force in the state. They are visiting the subject again, even as law enforcement leaders say force is sometimes a necessary action.

He said the number of incidents that require further examination is fewer still.

“Those things happen a handful of times any given year, but at the same time, there are literally thousands of events that are successfully de-escalated on a day-to-day basis,” Schirling said.

Last year lawmakers passed Act 165, which updates the state’s use-of-force policies. Schirling says the state’s law enforcement is already in the process of a “modernization strategy” that seeks to update protocols as appropriate.

“I just want to flag that that is something that has been in play throughout my career which spans back 30 years now,” he said. “De-escalation has been a key component of training and policy development in the operational landscape despite some of the narratives that have sort of driven our acceleration of these strategies in recent months.”

Police in Vermont are taught “alternative response models” that promote nonviolent outcomes. For 20 years mental health workers and social workers have been involved in police activity. According to Schirling, these non-law enforcement professionals work “in tandem with the criminal justice response.”

Also testifying before lawmakers was former Burlington Police Chief Jennifer Morrison. She said current legislation lacks language “that acknowledges the use of prohibitive restraint would be permissible when lethal force is justified.”

She said sometimes the use of force is the best way to prevent deadly force.

“[It works] for example if an officer is in a struggle where legal force is justified, and instead of using a firearm the officer uses a prohibitive restraint and the incident is resolved without serious bodily injury or death,” she said.

She said officers often don’t have much time to analyze a situation before critical decisions must be made, and she urged lawmakers to recognize that reality.

“There are instances where time and information do not allow this level of analysis,” she said.

Morrison said getting a variety of law enforcement groups to agree on one uniform policy was a challenge.

“It was a lot of work … getting everyone to a place where a statewide policy can be embraced,” she said.

In one exchange, Rep. Tanya Vyhovsky, P/D-Essex Town, told Schirling she believes police have not always had proper training in de-escalation tactics.

“What I’m saying is there are plenty of instances where we have seen people in like a mental health crisis die because people were not properly trained in use-of-force,” she said. “We have seen people have their heads bashed into the cement because people weren’t trained properly in de-escalation. So I’m not saying there is never a place, I’m simply saying there are plenty of places where actually de-escalation would work.”

“The vast majority of the more than 125,000 instances that Vermont State Police respond to in any given year are de-escalated, and a tiny fraction of them result in the use-of-force,” he said. “An even smaller fraction result in an ugly use-of-force like the ones that you are describing.

“I cannot disagree strongly enough with the premise that there is a wide-spread fundamental problem here with the way in which Vermont law enforcement is trained and operates.”

Images courtesy of state of Vermont and Public domain