It’s a common assumption that people who move after retirement generally opt to head south. But perhaps they should be moving north — to New Hampshire.

A recent report from financial analysis company WalletHub ranked the 50 states on the basis of dozens of metrics to come up with a list of the best states to retire. After crunching the numbers, they found that the Granite State was fourth best in the nation. 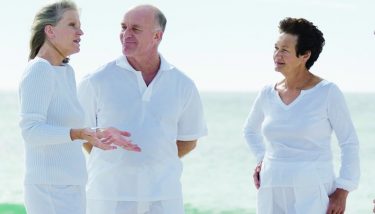 After crunching the numbers, WalletHub found that the Granite State was fourth best in the nation when it comes to where to retire.

When WalletHub’s 46 indicators were subdivided into three groupings, New Hampshire was middle-of-the-road in one area and top 10 in the other two.

For health care, New Hampshire did a bit better, landing at ninth overall. Categories that helped boost this ranking included life expectancy (ninth overall among the states at 80 years), the share of the senior population in good health (first among the U.S. states at 83 percent) and the ratio of doctors to population (fifth in the nation).

Quality of life was where New Hampshire really shined, with a third overall ranking. New Hampshire earned high marks for water quality, air quality, crime rates and the share of the elderly population living in poverty.

Terri Holbrook, a lecturer at the McCombs School of Business at The University of Texas, told WalletHub that states with a large senior population — a list that includes New Hampshire — can expect to see a high number of positive aspects from this group.

“Retirees are a more stable resident base and can contribute to the retail and entertainment economy,” she said. “Particularly younger retirees spend more money than working adults because they have more time on their hands, are generally healthy and active. Furthermore, many retirees with substantial income from investments can contribute nicely to a state’s tax base.”

On the other hand, as New Hampshire lawmakers have grappled with, there are drawbacks as well, Holbrook said.

“Older retirees and those less healthy can require more of the healthcare and service sectors of the local economy,” she said. “States wishing to attract retirees must be able to provide these services.”

3 thoughts on “New Hampshire’s health care, quality of life should appeal to seniors, according to report”