Gov. Chris Sununu has announced that New Hampshire intends to file a waiver with the federal government that could help stabilize the individual health insurance market and lower premiums by as much as 15 percent next year.

“Preserving and stabilizing New Hampshire’s individual health insurance market has been a key priority for our administration,” Gov. Chris Sununu said in a news release. “Our previous efforts have kept our state’s three current insurance companies in the market and have lowered premiums for two consecutive years.” 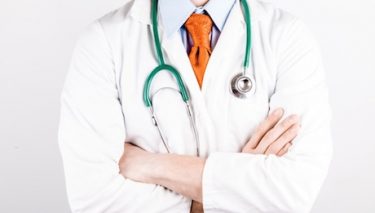 What the Section 1332 State Relief and Empowerment Waiver ultimately could do is help bring thousands more people into the individual market in New Hampshire, which currently has about 44,000 people.

“However, continued dysfunction and lack of reform in Washington is likely to produce increased prices next year that could put healthcare out of reach for too many Granite Staters,” he said. “Thanks to good financial management and the reforms my administration made to our state’s Medicaid Expansion program, this waiver, unlike previous proposals, makes sense and could reduce prices for individuals by 15 percent.”

What the Section 1332 State Relief and Empowerment Waiver ultimately could do is help bring thousands more people into the individual market in New Hampshire, which currently has about 44,000 people, Greg Moore, state director, Americans for Prosperity New Hampshire, told The Center Square.

“When you have more healthy people joining the pool, they will bring more stability to the marketplace, which should help bring down premiums for everyone,” Moore said. “If you could bring in another 10,000 healthy people into the exchange, you would really see an effect on premiums.”

The long-term success depends on bringing in uninsured people who because of high prices perhaps found it made more sense to sit it out and simply pay for health care when needed.

New Hampshire currently ranks among the nation’s highest for insurance costs, but premiums have improved the last two years since people with Medicaid expansion began being served through managed care organizations instead of the individual marketplace. That was a one-time opportunity, Moore noted, and now the waiver decision is a good next step.

The federal government has been encouraging innovations at the state level, Moore said, and the 1332 waiver is representative of that goal.

“It’s a relatively new landscape,” Moore said. “Once [President] Trump was elected, his folks at HHS encouraged new and creative solutions under 1332, and states are trying to understand the landscape of what’s doable and what isn’t.”

“In theory, this could benefit everybody if it works well,” Moore added.