New Hampshire is providing money to local police departments to equip officers and patrol cars with body cameras, as part of a broader effort to improve accountability in law enforcement.

The New Hampshire Executive Council last week approved a request from the state Department of Safety to spend about $720,000 to provide grants to nearly 30 police agencies seeking to use the new technology. 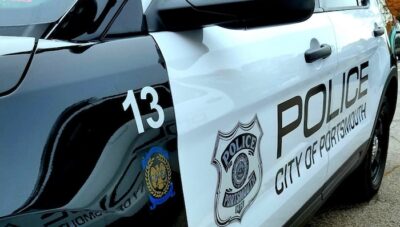 In a memo to the council, Public Safety Commissioner Robert Quinn said the grants can be used for the “purchase, maintenance, and replacement of body-worn and dashboard cameras and ongoing costs related to the maintenance and storage of data.”

Quinn said the grants will be capped at $50,000 for each police department and can be used to cover up to 50% of the costs for the camera systems.

Several communities – including Derry, Keene, Rochester and Salem – will be getting the full $50,000 while other cities and towns will receive smaller grants, according to the department’s funding request.

Last year, the state approved a five-year, $3.4 million contract with Georgia-based Utility Associates, Inc. to provide at least 320 body-worn cameras and about 260 cameras on state police cruisers, as well as a wireless network to support the systems.

Police body cameras were among dozens of recommendations by the state Commission on Law Enforcement Accountability, Community, and Transparency, or LEACT, which released a report last year calling for police reforms to curb police misconduct.

The panel’s recommendations came in response to the murder of George Floyd by Minneapolis police officers during a routine stop last year.

Last year, Gov. Chris Sununu signed an order calling for implementation of a number of the recommendations including the cameras and training for police officers on bias, racial profiling and de-escalation tactics.

The order also calls for improving records on police misconduct and creates a new unit within the state Department of Justice to investigate and prosecute allegations of criminal conduct by government officials.

“Body cams really provide transparency in our process and security in terms of what happened, the hows and whens and who was involved and all of that,” he told reporters at a Wednesday briefing. “And the more information the better.”