Greenhouse gases could be curbed under a new environmental initiative being considered by state officials.

According to the state’s Department of Environmental Services (DES), transportation accounts for 42 percent of New Hampshire’s emissions of gases like carbon dioxide (CO2) that scientists say contribute to climate change. 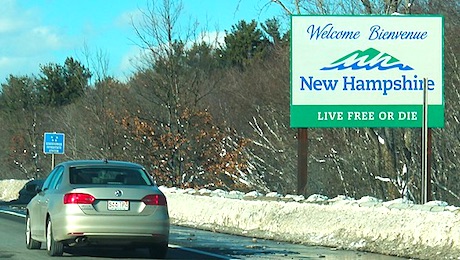 Rebecca Ohler, who heads the DES climate and energy program, told New Hampshire Public Radio that state officials are looking at the Transportation and Climate Initiative (TCI) to help reduce such emissions.

It would be similar to the Regional Greenhouse Gas Initiative, or RGGI. New Hampshire is one of nine Northeast and mid-Atlantic states participating in the RGGI’s market-based program to decrease CO2 emissions from power plants.

Ohler said while New Hampshire hasn’t yet decided on the TCI program, officials have sought to learn from the planning stages. She said the idea would be to create and gradually reduce a limit on emissions from transportation fuels such as gas and diesel. The fuel companies would then be responsible for paying for the right to distribute fuels beyond that limit.

A program overview on the TCI website states, “Decisions by TCI jurisdictions regarding the design of a regional cap and invest program are informed by many sources of information, including findings from technical analysis and outputs from modeling. Several types of models are being used to provide a fuller picture of the potential benefits and costs of different program design options.”

Ohler said it could affect the price of fuels. “That’s where there’s a lot of modeling that is yet to be done, that needs to really try to evaluate what would be the impact and how can we mitigate that direct cost to consumers. ”

A statement on the TCI website asks potential jurisdictions to commit by next spring.

The ultimate decision on whether to participate will be up to the state Legislature, Ohler said.