New Hampshire Republicans are pushing a plan that would ban public schools from teaching “divisive concepts,” but the move is being labeled as a racist gag rule.

Last week the GOP-controlled Senate approved a two-year $13.5 billion budget that included a provision prohibiting teaching about systemic racism and sexism in public schools and state-funded programs. A House version of the budget, approved in April, didn’t include the changes.

Senate Republicans argued that the move will strengthen the state’s anti-discrimination laws and improve race relations. 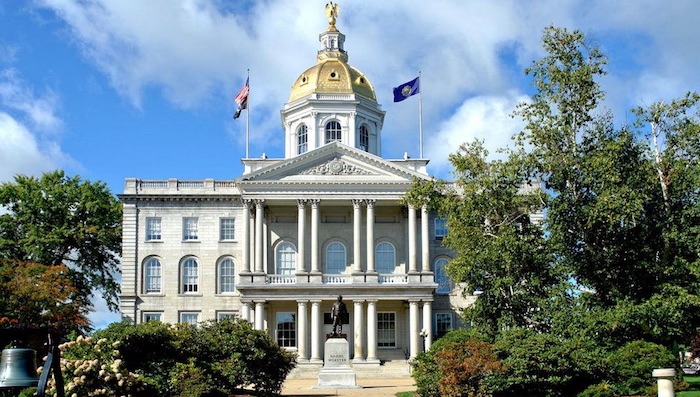 “This is consistent with making sure that we do not train, do not instruct, do not teach our kids that they’re somehow inferior or superior, that they’re inherently racist, sexist or oppressive by virtue of the characteristics they’re born with,” Senate Majority Leader Jeb Bradley, R-Wolfeboro, said in support of the measure.

But the move was strongly opposed by Senate Democrats, who tried unsuccessfully to block the provision from being added to the final spending package.

Senate Democratic Leader Donna Soucy, D-Manchester, ripped the proposal as anti-American and said it would have a chilling effect on free speech.

“This unconstitutional, illogical policy does nothing more than protect those unwilling to have the difficult conversations around implicit and unconscious bias, while at the same time silencing American history,” Soucy said. “To call this direct violation of our First Amendment rights an ‘anti-discrimination’ effort is an outrageous façade.”

Devon Chaffee, executive director of the American Civil Liberties Union of New Hampshire, called the provision “confusing and ambiguous” and said it would “censor the classrooms of its young people, robbing them of an inclusive education and imposing an alternate version of history.”

“We cannot simply close our eyes, ban the training of critical concepts like implicit bias and equity, and claim issues of systemic racial injustice have never existed,” Chaffee said. “These types of trainings are critical to creating inclusive and equitable workplaces and communities.”

“Some want to teach our children that America is a hateful place with a hateful history, where their color, not their character is what defines them,” a narrator says in the 60 second clip by the group 1776 Action, which includes segments from a Martin Luther King Jr. speech. “It’s time to reject them and stand up for American values.”

Whether or not the provision will make it into the final two year budget, or survive Gov. Chris Sununu’s veto pen, remains unclear.

Members of the Governor’s Council on Diversity and Inclusion wrote to Sununu last week, urging him to reject the proposal if it reaches his desk.

“Limiting conversations amongst all citizens of New Hampshire is not reflective of our state’s embrace of freedom of speech and freedom of expression,” the council wrote.