Marijuana advocates are continuing a push to legalize the drug for recreational use in New Hampshire, but the perennial effort faces an uncertain path.

A bipartisan bill filed in the state House of Representatives last week would, if approved, legalize recreational pot for adults over 21, and set up a system of regulation and taxation for the drug that would allow retail sales. It’s similar to proposals filed in previous legislative sessions, all of which have failed to win approval. 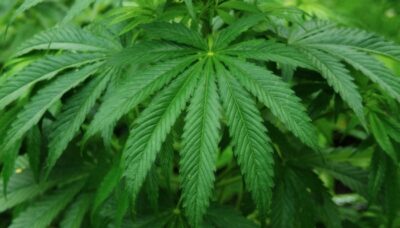 While the Granite State decriminalized marijuana possession in 2017, recreational growing and sales are not authorized.

One of the bill’s main sponsors, Rep. Matt Wilhelm, D-Manchester, said the time is “long past” for New Hampshire to legalize weed and stop “wasting scarce tax dollars and valuable local and state policing resources by continuing a restriction that has failed for decades and needlessly ruined the lives of many young and poor Granite Staters.”

To be sure, this isn’t the first time the 400-member House of Representatives has considered legislation legalizing marijuana.

In 2014, the Democrat-controlled House approved a legalization bill, but it failed to pass the Senate. Similar bills have been filed every session, but failed to gain traction.

The state has also allowed medical marijuana dispensaries since 2013, but cultivating the drug for personal use is still a felony.

Lawmakers approved a bill in 2019 that would have allowed medical pot patients to grow their own supply, but Republican Gov. Chris Sununu vetoed it, citing public safety concerns.

The Republican-controlled House approved a similar legalization bill in the previous legislative session, but once again the measure died in the GOP-led state Senate.

Republican senators who voted against the measure cited concerns that recreational cannabis legalization could lead to higher rates of use by minors, and more impaired drivers on the roadways, among other issues.

To date, at least 19 states, the District of Columbia, and the U.S. territory of Guam have legalized recreational marijuana, to the National Conference of State Legislatures. Thirty-six states have medical marijuana programs.

New Hampshire has often been described as a “cannabis island” with neighboring states and Canada allowing recreational marijuana cultivation and retail sales.

While the Granite State decriminalized marijuana possession in 2017, recreational growing and sales are not authorized.

The latest push to legalize weed in the Granite State is backed by a broad coalition of conservative groups, civil liberties organizations and marijuana advocates.

Ross Connolly, deputy state director of the libertarian conservative group Americans for Prosperity New Hampshire, said the bipartisan legalization proposal is an “incredible opportunity to find common ground across party lines” and support “the will” of the state’s residents.

“The Granite State is the last remaining state in New England to not legalize cannabis for adults,” he said “Our coalition has taken lessons learned from surrounding states and created the best model for taxed, regulated, and legal retail cannabis that protects consumers and minors while out-competing our neighbors.”