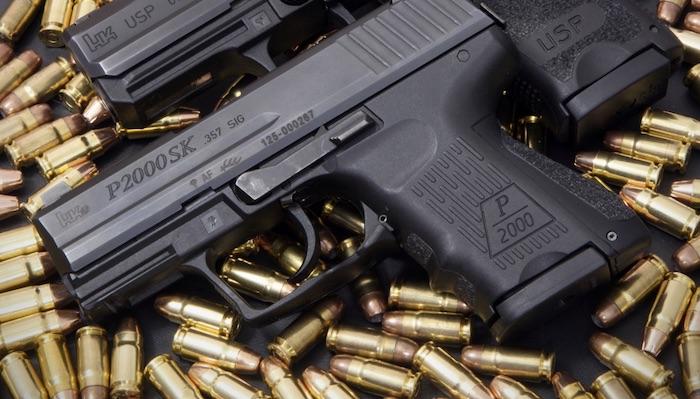 The new law, which comes as a victory for gun rights groups, prohibits state and municipal workers from “using any personnel or financial resources to enforce, administer, or cooperate with any law, act, rule, order, or regulation” on firearms enacted by the federal government.

New Hampshire law enforcement officials will be barred from enforcing federal firearms statutes and rules under a bill signed into law by Republican Gov. Chris Sununu, which comes in response to concerns about tightening gun control laws.

The new law, which comes as a victory for gun rights groups, prohibits state and municipal workers from “using any personnel or financial resources to enforce, administer, or cooperate with any law, act, rule, order, or regulation” on firearms enacted by the federal government.

“New Hampshire has a proud tradition of responsible firearms stewardship, and I’ve long said that I’m not looking to make any changes to our laws,” Sununu said in a statement. “This bill will ensure that New Hampshire’s law enforcement efforts will be on our own state firearms laws – and that’s where I believe their focus should be.”

The new law doesn’t prohibit federal authorities from conducting investigations in the state and making arrests related to firearms law. It also includes exemptions allowing state and local law enforcement to cooperate with federal authorities if there is “reasonable suspicion” that a suspect had violated state laws.

Republicans, who control the House and Senate, pushed through the new law as a way of shielding gun owners in the state from any new federal regulations.

Democrats who voted against the measure described it as a “political stunt” that would compromise public safety by easing gun control laws.

“Banning New Hampshire law enforcement and judges from helping to stop the sale and creation of illegal weapons, crack down on firearm trafficking or enact programs to reduce gun violence in our streets is not only alarming but likely unconstitutional,” Rep. Linda Harriott-Gathright, D-Nashua, said in a recent statement.

The group GunSense NH blasted the new law as “dangerous” saying it “ties the hands of local law enforcement and directs them to stand down from protecting their communities, and it puts school officials in a situation to have to decide whether to break federal law or state law in order to protect our children.”

“By signing this into law, Sununu once again shows how deeply he is in the pocket of the corporate gun lobby,” the group said in a statement.

The issue of gun control in Washington was rekindled following a spate of gun violence that includes the deaths of 19 elementary school students in Uvalde, Texas.

The bill, which passed Congress with bipartisan support, enhances background checks for gun buyers 21 years of age, provides billions for mental health services and closes the so-called “boyfriend loophole” to prevent convicted domestic abusers from buying a firearm for at least five years.

It also clarifies the definition of a federally licensed firearms dealer and creates penalties for straw purchases and gun trafficking.