Growth in the construction, hospitality and health care sectors continue to contribute to a strong employment picture in New Hampshire.

“The rates are kind of unchanged, it’s because both unemployment and the labor force have been steadily increasing,” Annette Nielsen, an economist in the Economic and Labor Market Information Bureau of New Hampshire Employment Security, told The Center Square. “We have seen a little increase with in-migration that has kept up with the additional employment that has been gained.” 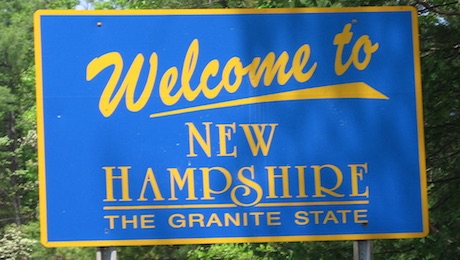 “[The] jobs report is good news for New Hampshire families, and further evidence that our economy is strong and the Granite State is heading in the right direction,” Gov. Chris Sununu said in a news release. “The budget I signed just weeks ago ensures that New Hampshire’s business-friendly, income-tax free environment is maintained – allowing our economy ample room to grow and New Hampshire families the opportunity to continue to thrive.”

Manufacturing did not fare so well, with 69,700 jobs in September 2019 compared to 70,400 in August, and down overall from September 2018, when there were 70,800 jobs; Nielsen attributed the loss to uncertainty over trade.

“It’s a strong labor market in many areas, and the growth hopefully will continue,” Nielsen said. “We still need to attract additional workers going forward, we’ve had such a low unemployment rate for such a long time.”