Speaking before state legislators recently, Education Commissioner Frank Edelblut said it was unlikely remote instruction would resume on a statewide basis this fall, but some schools may need to incorporate it based on specific concerns.

In comments published in the Concord Monitor, Edelblut said with the COVID-19 pandemic continuing to evolve, it would be difficult to predict what may happen in the future.

“But my sense today would be that we will not find ourselves again in the circumstance where statewide we have to go to remote instruction and support,” he said.

“I suspect … that there may be incidences that happen in our institutions that will result in a transition to some type of remote instruction model. And that could be for some kind of a classroom or wing of a classroom, or perhaps even a school building.” 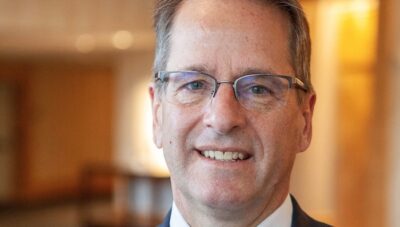 Following the Department of Education’s July 20 release of statewide survey results on school reopening, Edelblut spoke to a joint panel of state lawmakers at a July 21 hearing.

Edelblut said he stood behind the decision to forgo a statewide mask mandate, although the guidelines highly recommend masks be worn by staff and by students when situations call for it.

“The guidance does not in any way discourage,” he said. “It actually encourages quite strongly where another mitigation strategy, social distancing, is not possible.”

The survey polled approximately 11,900 teachers and staff; 42,000 parents; 1,000 administrative officials, and 1,200 student wellness providers on a variety of topics related to returning to school this fall.

The survey, which the state Department of Education released July 20, shows about 70 percent of parents favor sending their children back to school, although roughly 65 percent expressed concern about what safety measures would be in place, New Hampshire Public Radio reported.

“When we’re talking about reopening schools, we really wanted to hear from the broad community of folks that were affected by that reopening,” Education Commissioner Frank Edelblut told WMUR.

The School Transition Reopening and Redesign Taskforce (STRRT) took survey replies into account as part of planning guidelines for the fall.

“They looked at the data,” Edelblut said. “They figured out, what is this telling us about coming back to school? And what are the conclusions and the recommendations we might be able to make as a result from this input from a broad section of our state?”

More than 75 percent of parents of elementary and middle schoolers felt remote learning was difficult on their children.

Although the data was collected before Gov. Chris Sununu released school reopening guidelines on July 14, it provides a clear indication of what families and personnel consider important amid the COVID-19 pandemic.

While more than three-quarters of teachers – between 76 percent and 80 percent – said they would plan to return to the classroom when schools reopen, roughly the same number expressed health and safety concerns.

The majority of parents – roughly 80 percent – described their children as “eager to return to school,” the survey found.