Under the state’s mandated lockdown to prevent spread of COVID-19, New Hampshire’s beer industry has seen steep financial declines like many other sectors, and hopes for relief when some places reopen for outdoor dining May 18.

Most of the state’s breweries are small operations, “taproom focused destination businesses,” and not knowing when they can fully reopen is a key concern, CJ Haines, Executive Director of the NH Brewers Association, said in an email response to The Center Square.

“While eagerly awaiting next week’s phased reopenings, the question still remains, will it provide enough of an economic kickstart to foster their path toward viable sustainability?” Haines said. 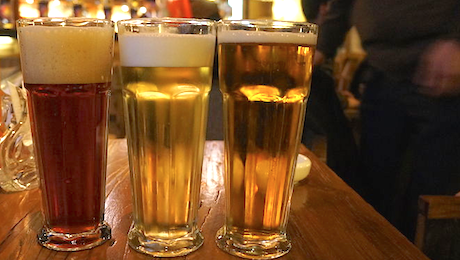 As the economic effects of the pandemic keep evolving, breweries will keep looking for ways to adapt while hoping for relief.

“Breweries of all production sizes, survive and thrive because guests enjoy visiting them for a pint or small pours, known as flights,” Haines said. “This revenue channel evaporated overnight, leaving ‘curbside pick-up’ of beer in cans, bottles or growlers as the only methods available to put beer directly into the hands of the consumers.”

Many smaller breweries don’t have canning lines, which has complicated attempts to pivot toward to-go options.

“For some, this brought about unexpected costly operational expenditures in the wake of a significant drop in sales. Even for those breweries in the distribution channel, the shift from kegs to cans has been challenging,” Haines said.

Getting access to resources, such as mobile canning, has been difficult, packaging materials have been in short supply, and delays in shipping cans and growlers has been common, Haines said.

“Add to this mix, an estimated 95% downturn in distributed draught sales of kegs to bars and restaurants via distribution companies, which is the second most meaningful revenue channel for NH’s craft breweries,” Haines said. “Then stir in the reality that a number of kegs will ultimately need to be dumped due to aging, without the possibility of insurance claims to recoup the loss … one can truly see the stark picture painted for nearly all breweries.”

To mark American Craft Beer Week from May 11-17, the association is offering Keep NH Brewing T-shirts.

“Independent craft breweries in New Hampshire contribute over $450M economic impact to our state and provide 4,177 full-time jobs,” Jeff Cozzens, NH Brewers Association Board President, said in a statement. “Owing to their deep social and economic connections to communities from Nashua to Colebrook, the Granite State ranks number seven in terms of breweries per capita – a sign of popularity with many other positive connotations for the industry. Between 60-70% of employees at NH Breweries have been laid-off or furloughed, based on our latest assessment. That amounts to over 2900 jobs lost.”

As the economic effects of the pandemic keep evolving, breweries will keep looking for ways to adapt while hoping for relief.

“In a recent membership survey, the NH Brewers Association found that roughly half of our industry believes their business can sustain for another six to twelve months, while the other half indicates their livelihood will cease in less than six months,” Haines said.