New Hampshire’s election officials are dispatching monitors in three communities for the upcoming state primary after problems were found in the vote counting in the previous elections.

In a joint statement, Attorney General John Formella and Secretary of State David Scanlan announced that they had appointed three monitors for Windham, Bedford and a Laconia ward for the Sept. 13 state primaries, after determining that during previous elections there were “administrative shortcomings and significant inaccuracies in vote counts” in those communities. 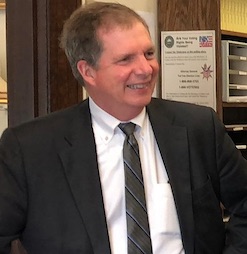 “The monitors are appointed to work with election officials and review the conduct of the upcoming election to ensure compliance with New Hampshire law,” the statement said.

State officials say a review found “administrative shortcomings” and “significant inaccuracies” in vote counts in Windham from the processing of incorrectly folded ballots in the Nov. 3, 2020, general election.

A Bedford election review found that local officials inadvertently failed to count 190 absentee ballots in the 2020 election because of a misplaced container of ballots during Election Day processing.

More recently, a review of Laconia Ward 6 found local election officials “inadvertently” failed to count 179 ballots from the 2020 election that were cast but left in a ballot collection box, as well as some officials double-counting dozens of ballots.

Formella said the discrepancies in ballot totals in Windham, Bedford and the Laconia ward were caused by “human error” and that there was no evidence of widespread or intentional fraud.

On Sept. 13, New Hampshire voters go to the polls in one of the nation’s last competitive primaries ahead of the midterm elections. The marquee race features several Republicans vying for the nomination to challenge Democratic U.S. Sen. Maggie Hassan in the Nov. 6 general election.

The frontrunner in that race is Don Bolduc, a Republican who lost a 2020 Senate primary and has championed former President Donald Trump’s election conspiracies.

Election integrity has been an issue in New Hampshire since the 2016 election, when then-Republican presidential candidate Trump falsely claimed that busloads of Massachusetts Democrats were brought into the state to vote against him. Trump reiterated the allegations of voter fraud in the 2020 elections, which he ultimately lost.

Those claims were discredited by then New Hampshire Secretary of State Bill Gardner, a Democrat who said there was no evidence of voter fraud.

Despite that, Republican lawmakers cited a lack of confidence among the public about the integrity of elections as they pushed through a new law creating a specific kind of “affidavit ballot” for New Hampshire voters who don’t have the required identification. Gov. Chris Sununu, a Republican, signed the legislation.

The law is facing legal challenges from voting rights groups and Democrats who argue it will suppress voting and is unnecessary because there is no evidence of voter fraud.

Meanwhile, Scanlan — a Republican who took over for Gardner — has been touring the state with a new commission to study public confidence in the election system.

The panel has held public “listening sessions” this summer to gauge input from citizens on how the state might improve transparency in the election process.

A June poll conducted by the University of New Hampshire’s Survey Center found that nearly two-thirds of Granite Staters who voted in the 2020 presidential elections said they are confident that their vote was accurately counted.

But the responses differed along party lines, with only 29% of Republicans saying they were confident that their vote was counted accurately, the poll found.