It was good news for Vermont homeowners when it was announced that the state’s top economists do not foresee a statewide property tax increase for this year.

It turns out that new income collected from the state’s sales and use tax played a key role in this development.

According to Kaj Samsom, Vermont’s tax commissioner, the key components to the property tax include projected education spending growth, which is 3.24 percent, and growth of the grand list (total value of properties in the state), which is 2.5 percent. 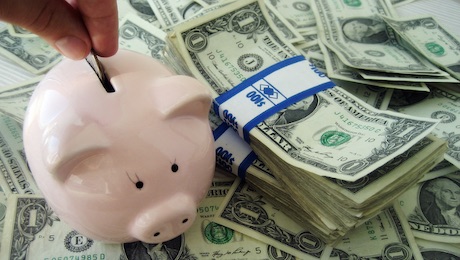 NEVER ENOUGH MONEY: The education funding system in the past had a steady transfer of money from the general fund. Now that money is tied to the sales and use tax, which also means it is tied to the health of the economy.

It used to be that a large portion — around $400 million a year — of the education fund came from a general funds transfer. The amount was tied to inflation so it was a relatively predictable source of education dollars.

Samsom said that after Act 11 went into effect last July, however, this is no longer the case. No more money is coming over from the general fund —  instead, 100 percent of the sales and use tax is shifted to the education fund.

Samsom said that the sales and use tax revenue has been strong so far, which “is generally tied to a healthy economy.”

The addition of e-commerce sales due to the June 2018 U.S. Supreme Court decision has only further boosted revenue. All this means there was some extra money to go around.

“We expect the FY19 budget year to end with a surplus,” Samson told True North.

He added that the increase of the grand list also can be attributed to a good economy. He said that doesn’t just mean higher property values, it also means construction of new homes and apartments.

Samsom warned that there’s no guarantee for each individual household what property taxes will do. For example each school budget voted on by the residents of a town will have an impact. There are also variations of individual household income which determines tax rates.

He added that about 70 percent of Vermonters are on the state’s income sensitivity program, which mitigates property taxes for those who qualify.

UVM economics professor Art Woolf told True North he agrees with the assessment that when the sales and use tax was used for only a portion of the education fund, the impact of a strong economy was minimal.

“If that’s performing well, then you are not going to need as much revenue from other sources,” Woolf said.

Regarding the grand list, Woolf said new construction never hurts, but it’s more likely the rise in property values that resulted in gains.

But John McClaughry, vice president of the free-market think tank the Ethan Allen Institute, said he was alarmed when he first heard of the shift away from the general fund transfers over to the sales and use tax.

“The general fund transfer was set in stone, and it was tied to inflation. They changed a certain number for an uncertain number,” he told True North.

McClaughry says that the new formula takes liability away from lawmakers because if there’s a sudden downturn to the tax revenue and funds are short, those in the hot seat can simply blame the economy and it will be left to taxpayers to make up the difference.

He also expressed concerns about another potential development — the constant calls from the Scott administration for a mandated student-to-staff ratio ratio, which currently stands at around 4-to-1. Gov. Phil Scott wants to get the ratio to 5-to-1, which he says will save taxpayers about $100 million.

But McClaughry says a mandate would amount to a major power grab over the local school boards when it comes to determining staffing needs.

The calls for a mandated ratio stem from the governor’s campaign promise to hold taxes down. However, Scott’s office lacks the leverage to guarantee that many Vermonters won’t still see increases due to local education policies.

“There’s no button on his console that does that,” McClaughry said.