Lawmakers in the House Committee on General, Housing, and Military Affairs on Tuesday got a first look at a bill that would prioritize opportunities for land and home ownership based primarily on an individual’s skin color.

H.273 aims to foster racial and social equity in land access and property ownership by creating grant programs, financial education, and other investments “targeted to Vermonters who have historically suffered from discrimination and who have not had equal access to public or private economic benefits due to race, ethnicity, sex, geography, language preference, immigrant or citizen status, sexual orientation, gender identity, socioeconomic status, or disability status.”

In addition to prioritizing land ownership by skin color and other mostly fixed personal characteristics, the bill’s language says the state “must engage in a deep process of truth and reconciliation, guided by the persons who have been most impacted, to address the underlying wounds of colonization and slavery.” 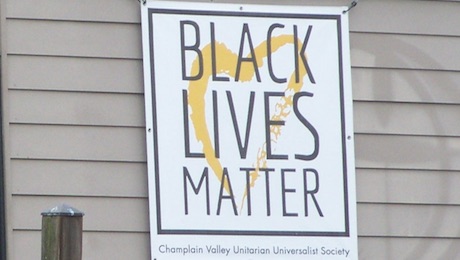 WHITES NEED NOT APPLY: If H.273 becomes law, about $10 million dollars in Vermont taxpayer money would go to blacks, indigenous and other people of color to help them financially qualify to purchase homes and land.

H.273 proposes creation of the Vermont Land Access and Opportunity Board to oversee the distribution of $10 million in taxpayer money to ensure more land and homes go to people based on race and identity.

“We must acknowledge and address wealth disparity by creating new opportunities for individual and collective land access and property ownership for Vermonters who have historically suffered from discrimination by ensuring equal access to owning property, woodlands, and farmland in every town across the State of Vermont,” Cina recently wrote on his Facebook page.

Beverly Little Thunder, a Lakota elder, was among four witnesses to address the committee on Tuesday.

“The foundation of our current economic system was built on land that was taken from Abenaki and other indigenous persons,” she said. “The structures of our economic systems were constructed with the labor of enslaved persons. The legacy of settler colonialism and chattel slavery has been a systematic racism and discrimination embedded into many aspects of our modern way of life on this land.”

Thunder said Vermont needs to create a new system that “must engage in the just transition to an economic system that systematically undoes racism instead of re-enforcing it.”

She talked some about how this money might help BIPOC-only prospective homeowners.

“This would provide assistance in coming up with down payments, with access to land, with purchasing, having technical advice, helping to explain the process that needs to be taken,” she said. “And hopefully this land will be held in trusts so that it will continue to be held for BIPOC people who move here.”

Chelsea Gazillo, the New England policy manager for the American Farmland Trust, spoke to the committee as well.

“H.273 is a powerful opportunity to help meaningful change the disparities and help access to resources that build wealth and power such as home ownership and land tenure,” Gazillo said.

Kenya Lazuli, the director of Everytown Vermont, spoke about how this bill will shift resources to people of color.

“This bill is created for and by BIPOC and passing a bill like that will shift a paradigm, passing a bill that places huge dollar amounts in the hands of an all BIPOC committee to decide what to do with it — that’s a paradigm shift,” she said.

Steffen Gillom, President of the NAACP for Windham County, told the committee how a BIPOC family had wanted to move to Vermont but they could not afford a home.

“I watched them attempt and attempt again to purchase land or to purchase a home on some land big and small, and I watched as their excitement happened when they were finally able to rent something,” he said. ” … I watched as they had a sudden realization that they would not be able to secure their dreams in Vermont to steward lands due to the barriers to access the place in front of them.”

Rep. Tom Stevens, D-Waterbury, asked how this bill, even with the best of intentions, is going to make a tangible impact on agriculture.

“We have a very small number of farmers who are BIPOC and we are losing dairy farms anyway,” he said.

Gillom responded that this effort is part of a “restoring process.” He said, “I think that having this conversation right now, and the way that we are having it, is historical and part of that restoring process.”

Levar Cole, a former African-American House candidate in the 2020 primary elections, has written on why this bill is bad policy.

“We don’t need more race-based government programs to “empower minority land ownership” by providing money that will obscure the actual and extremely high costs of land ownership in Vermont,” he wrote back in February.

The committee’s Tuesday hearing can be viewed here.

32 thoughts on “New bill would prioritize land and home ownership by skin color, other identities”