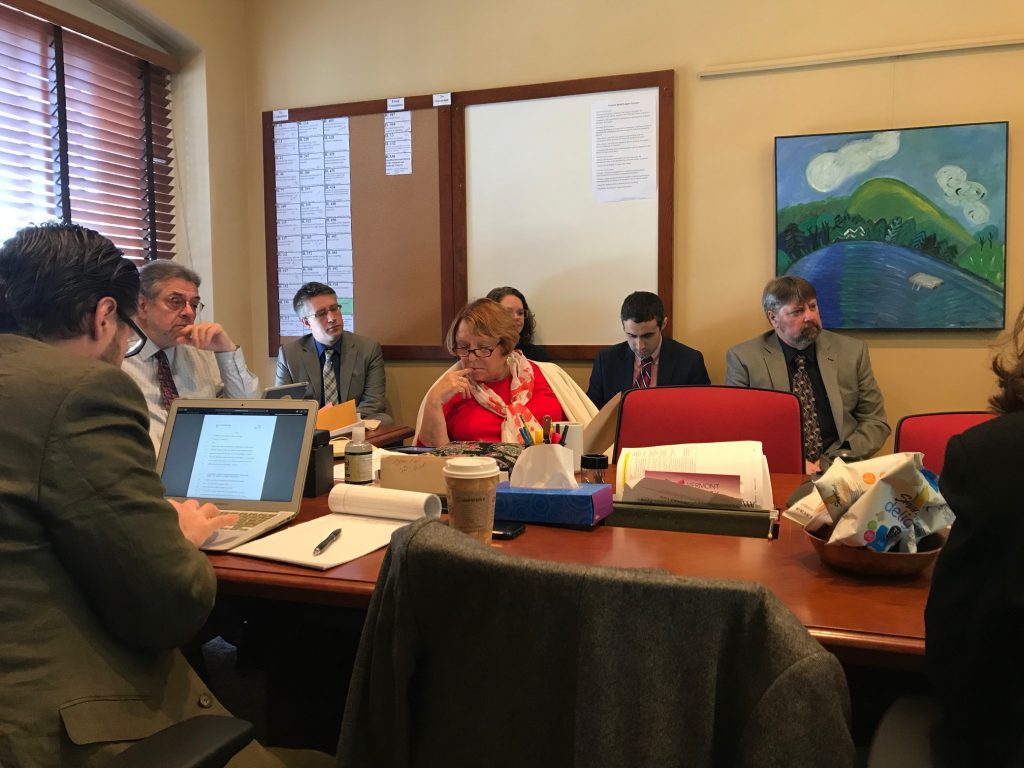 TOO MUCH BURDEN ON BUSINESS: The House Committee on General, Housing, and Military Affairs discussed a proposal that businesses should be allowed to credit health coverage towards meeting minimum wage requirements.

MONTPELIER — With lawmakers at the Statehouse advancing bills that would increase the minimum wage and require additional employee perks, one representative is putting forth an initiative to help businesses meet these demands.

For example, if an employee is getting $11 an hour and $4 in health care benefits, that will count as $15 an hour for purposes of the minimum wage.

“I have felt this way about this issue of health care compensation being considered a fully-integrated component of the wages,” Donahue told the House Committee on General, Housing, and Military Affairs on Wednesday morning.

She said the idea really crystallized for her after having an experience last year as an interim executive director of a small agency. 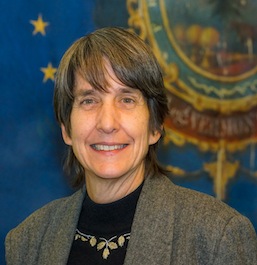 “We happened to give an extremely generous health benefit, and when I was looking at it I was thinking, ‘I wonder what that translates to in terms of an hourly rate?'” she said. “And the answer was $4.50 an hour.”

Her workers were getting the health benefit on top of $16 an hour. This means health coverage has reached a cost for these workers of 22 cents on every dollar they made.

Donahue noted those workers at half-time hours who were doing identical work and are not getting these benefits are essentially making 22 percent less per hour than their full-time counterparts.

“It crystallized for me the disparity in trying to talk about wages without talking about health benefits,” she said.

“There are just such huge disparities, so if we are looking at trying to improve the situation whenever we are looking at minimum wage, if we’re not incorporating health insurance coverage … [it won’t be the big picture],” she said.

Donahue suggested another scenario. If this $15 an hour wage requirement takes effect and there’s an employee making $13 or $14 an hour and suddenly that business needs to make cuts to free up money to get to $15, they could just say “well we’re just gonna cut the health benefits,” as Donahue put it.

“Then we haven’t really gained anything in terms of helping people,” she said. “That’s the reason I really urge that when this committee addresses around wage that you really incorporate health benefits as a compensation package.”

She suggested with all costs considered, maybe a real minimum wage — including health care — would actually be $18 or $19 an hour.

Rep. John Killacky, D-South Hero, asked why all benefits, health and otherwise, shouldn’t be rolled into this system. Donahue said this bill is more of a starting point, and bringing in other benefits could be for another day.

Rep. Thomas Stevens, D-Waterbury, told True North on Thursday that he’s not prepared to take this bill down off the wall just yet. He did say he is willing to borrow language and ideas from it for their ongoing conversations on the minimum wage in general.

“It’s a difficult concept because they are two different kinds of compensation but the ideas themselves are worth talking about,” he said. “We already have, in the minimum wage law, there is already a provision that says if you make a wage but say you work at a farm, the farmer can deduct the cost of room and board from your paycheck and then you end up getting paid somewhat less an hour. This isn’t quite the same because it’s another benefit that’s added on to that, but essentially it’s the same idea.”

Rep. Marianna Gamache, R-Swanton, told True North the requirements for a raised wage and mandatory health care in combination are going to burden employees and employers alike, and this bill might help a little.

“On the one hand you are increasing pay, and on the other you are taking money away for mandatory health care,” she said. “And in the case of employers, if the employers are mandated to provide the health care, then it’s not only an increase in the minimum wage but then you’ve got the increased cost of the insurance that they have to provide. … And the end game is … nobody is gonna win with this.”