In a state that is short a few hundred million this year, whose citizens are crying for relief of being burdened by the government having both hands in their pockets, how could more taxation bring relief? Since Vermont is controlled by outside forces that are having a negative influence on our state and citizens, taxing pornography, PACs and lobbyists is our way to prosperity.

Pornography is purposely used to confuse people about their sexuality. Pornography is not free speech — it is base entertainment at best. Posting millions of videos of people having sex is not productive, but defies nature, common sense and truth. 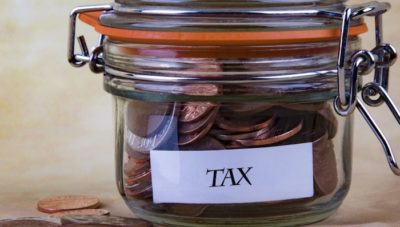 Let’s tax PACs and lobbyists. Taxing would be good for revenue, good for our state, and good for our citizens and republic. Vermont could tax its way to freedom and lead the nation by doing so. What should we call this tax?

PACs and lobbying firms are not people; they cannot vote. However, one person can form a lobbyist organization and influence our little state with their money — on top of that they don’t even have to be a resident. A classic example is Bloomberg. From the other side, the classic example are the Koch brothers. These people can’t even vote in our state, yet they have more political influence than our entire citizenry. This is the insider track that keeps people in power, as the lobbyists make sure they get what they want.

We have the Vermont Natural Resources Council (VNRC), which has shared the same board members of the Vermont Conservation Voters, and both organizations are “nonprofit.” The VNRC is comprised of mostly lobbyists. The Vermont Conservation Voters grade our representatives on how they vote on environmental issues. These environmental issues just coincidentally are the same ones the the VNRC are trying to vote on. VNRC has lobbyists go work for government, and government employees and elected officials go work for the VNRC. It’s an interesting revolving door in our state.

In short, if you’re wondering why Vermont is unaffordable, the answer is lobbyists and PACs.

Socialism and the NWO run on power and money. Socialism is a first cousin to crony capitalism, a system whereby those in control of money pay, bribe and influence their ways to keep power and fund activities. Good ideas do not need bribes or money to make people do them.

So, let’s tax PACs and lobbyists. Taxing would be good for revenue, good for our state, and good for our citizens and republic. Vermont could tax its way to freedom and lead the nation by doing so. What should we call this tax?