Even as a handful of states have made tentative steps back to normalcy in recent days, new jobless claims continue to flood in across all 50 states, driving the number of unemployment claims to 33.5 million over the past seven weeks.

According to data released Thursday morning by the U.S. Department of Labor, 3.17 million Americans filed for new unemployment benefits for the week ending May 2. That was down 677,000 from the previous week’s revised level of 3.85 million but still well above the numbers seen before the coronavirus outbreak led to the shutdown of most of the national economy.

California led the way with 318,000 new claims, and Maine had the biggest percent jump in claims with a 111 percent rise from the prior week. On the other end of the spectrum, Alabama had a 62 percent decline in claims, the biggest drop from the previous week. 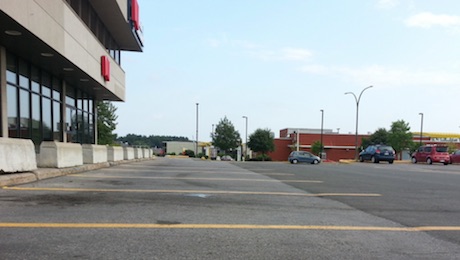 Since the calendar turned to May, several states have begun limited reopenings of certain business sectors amid signs that the worst of the COVID-19 crisis might be in the rear view mirror. Even states that haven’t loosened restrictions yet are putting together plans for reopening that could begin to roll out this month. In some states, workers who filed for unemployment earlier in the crisis are returning to work or will be in the next few weeks.

Congress made millions of Americans eligible for unemployment assistance who previously wouldn’t have been when it passed the CARES Act in late March, establishing a Pandemic Unemployment Assistance program that covers, for instance, self-employed individuals. It also applies to those who work in the “gig economy,” meaning contract workers and drivers for ride-sharing companies such as Uber and Lyft.

Most states, needing to establish all-new guidelines for who is eligible for the added categories, have not yet begun to pay out benefits for Pandemic Unemployment Assistance. And the flood of traditional unemployment claims has staggered government bureaucrats across the country.

In Wisconsin, a state lawmaker this week pushed for the state Department of Workforce Development to begin pre-approving unemployment claims in order to get money into the hands of jobless residents faster.

“Every day we are contacted by individuals who have been waiting weeks, some more than a month, to have their claims reviewed,” said state Rep. John Nygren, R-Marinette. “Unfortunately, bills and other necessary expenses have not been put on pause. DWD should be doing all that they can and thinking outside the box to expedite these claims.”

Florida Gov. Ron DeSantis called for an investigation into the collapse of a state unemployment system “right off the bat” in mid-March when the current wave of jobless claims begin to take effect. The state’s system launched in 2013 at a cost of $77 million, $37 million more than it was originally supposed to cost.

“There’s a lot of money that went into this,” DeSantis said. “I think that’s something that’s very important for the people of Florida to know.”

Amid signs that at least a partial reopening of New Hampshire’s economy could take place this month, the state’s weekly unemployment claim filings continued to drift back toward normalcy, although they remain far above numbers seen before the COVID-19 crisis.

The U.S. Department of Labor reported Thursday morning that another 11,834 New Hampshire residents filed for jobless benefits during the week ending May 2. That brings the state’s total unemployment filing number over the course of the past seven weeks to about 172,000.

The latest numbers are a 21 percent decline from the previous week, but still well above the 642 unemployment claims the state recorded for the week ending March 14, the last before widespread shutdowns across the country began to drive a surge in business closures and layoffs.