Welch, first elected in 2006, says he will run again this year. Other candidates for Congress are progressive/independent and marijuana advocate Chris Ericson and Pomfret native and Norwich University graduate Justin Tuthill (party affiliation unstated on his website). 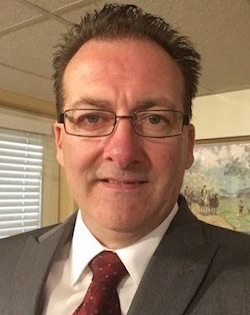 In his announcement, Gilbert notes that 2018 candidate Anya Tynio and others also may run. If so there will be a Republican primary on Aug. 11, regardless of the status of the puzzling candidacy of Rodriguez.

According to Ballotpedia, Rodriguez also announced for a congressional seat in Arizona this year, before withdrawing from the primary. Answers to a candidate survey show him as a married, a small business owner and offroad race car driver, and a pro-life Christian. He is soliciting campaign donations on numerous websites. It is unclear where, or whether, he now lives in Vermont.

Gilbert, a 1986 Spaulding High School graduate, served in the U.S. Navy after graduation and earned a UVM degree Bachelor of Science in Information Management Systems in 1996. His campaign announcement calls for: