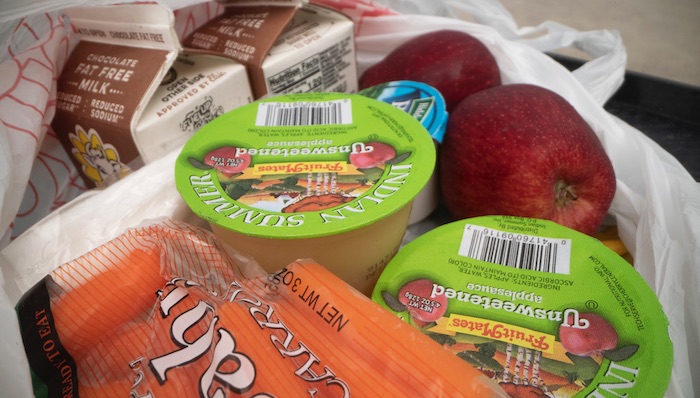 In a report, state Rep. Deborah Hobson, R-East Kingston, said the committee’s GOP majority agreed that nutritious meals are important but argued that the state “should not engage in another costly, forced requirement.”

New Hampshire’s GOP-controlled House of Representatives has rejected a proposal to provide free or reduced priced breakfast and lunch to low-income students.

The proposal, which was backed by a group of Democratic lawmakers, would have required the meals to be served without cost or at a reduced cost to any child who meets federal income eligibility guidelines. The plan called for setting up a new state trust fund to help cover the cost of the free and reduced meals.

But the House on Wednesday voted 177-174 to accept the Committee on Education’s recommendation that the bill is “inexpedient to legislate,” spelling its demise for the remainder of the session.

In a report, state Rep. Deborah Hobson, R-East Kingston, said the committee’s GOP majority agreed that nutritious meals are important but argued that the state “should not engage in another costly, forced requirement.”

“Providing breakfast and lunch to children remains a parental responsibility and whether to engage in this program or not is a decision for the local elected school board,” she wrote.

Democrats argued that providing breakfast and lunch for students will improve outcomes and said expenditures would be covered by increased federal funding for low income students.

“The bill would ensure that healthy and wholesome meals can be part of every student’s school day,” state Rep. Arthur Ellison, D-Concord, a member of the Education Committee, wrote for the minority. “Funding for the program would reimburse school districts for costs associated with providing meals to those students who are covered by federal income eligibility guidelines.”

But Republicans pointed to the hefty price tag for the proposed changes. A fiscal note attached to the bill estimated that offering free or reduced price breakfast and lunch to nearly 9,000 students would cost the state $642,888 in the first year of implementation – a figure that would increase every year along with the growing student body.

New Hampshire school districts have benefited from federal waivers provided in response to the pandemic by the U.S. Department of Agriculture for universal free lunches in schools.

But the temporary waivers, which provide full federal reimbursement for schools to offer the food without charging families, are set to expire in June.

Neighboring states like Maine and Massachusetts are leveraging federal pandemic relief funds to offer free and discounted launch to students who made the eligibility requirements.