Editor’s note: This article was updated Monday at 11:38 a.m.

Multiple Vermonters announced campaigns for state and federal office this past week, as the legislative session winds down and attention begins to turn toward the elections in November.

“I am running for the [Vermont] House of Representatives as a conservative, patriotic, constitutional and Christian Republican,” said Charles Wilson, a small business owner from Lyndon who ran for the Vermont Senate in Caledonia district in 2020. “I noticed in the last legislative session that in a time of needed recovery, this Legislature continues to force programs that make government bigger and more invasive. They ignore the constitutions of Vermont and America. They write redundant bills ignoring laws we already have.” 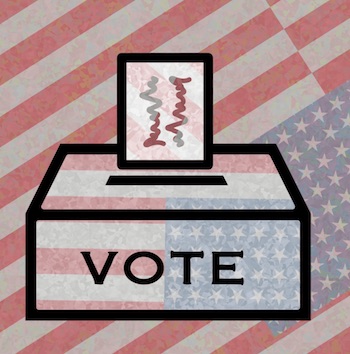 NEW CANDIDATES: This past week several new candidates announced their intention to run for public seats in state and federal government.

Wilson said he spent just $157 in that race and earned more than 5,000 votes. This time he wants to represent Vermont in the House of Representatives, Caledonia-3 District.

John Klar, a farmer and attorney from Brookfield, announced this week he is running for Vermont Senate representing Orange County. He was a candidate for governor in the Republican primary in 2020. He also writes a regular column for True North Reports.

“Vermont is struggling economically, even as the state uses that very suffering as justification to pass ever-exploding budgets,” he wrote in his announcement. “Vermont’s state budget has increased from a whopping $6 billion to a proposed $8.3 billion in just three years. Instead of using a crisis to go on a spending spree, COVID funds should have been applied to reduce the state’s embarrassingly underfunded pensions system, which will only become more difficult to fund as time progresses, threatening insolvency unless massive funds are extracted from taxpayers.”

State Rep. Sarah Copeland Hanzas, D-Bradford, told VTDigger on Thursday she intends to run for secretary of state, her first attempt at a statewide office. She hopes to succeed outgoing Secretary of State Jim Condos, who held the post for more than 10 years.

“When you live in a democracy you get better government when every eligible voter is able to participate in elections,” Copeland-Hanzas said in March of 2021. “While many states around the country are passing laws that put barriers in the way of voters, S.15 [for universal mail-in ballots] makes our democracy stronger by putting a ballot in every voter’s hand.”

Copeland Hanzas, who was majority leader in the State House in 2015-16, will run against Deputy Secretary of State Chris Winters and Montpelier City Clerk John Odum — also Democrats.

On her campaign page Wrenner outlines her core principals, including her reputation for rigorous participation in public meetings.

“I decide every issue on its own merit. … And have self-funded my re-election campaigns. … I am beholden to only the voters. … My decisions are made not for personal gain but for the greater good.”

Morgan has campaigned in the past as a fiscal conservative who also cares about environmental clean-up efforts such as Lake Champlain.

Early on Monday, Daisy Berbeco, a mom and former senior human services and mental health policy advisor for the state of Vermont, announced her decision to run for state representative representing Winooski.

A potential candidate is teasing an announcement Monday. Brenda Siegel, who previously ran for the lieutenant governor’s seat as a Democrat, will make an appearance on the Statehouse steps at 1 p.m. to announce her plans.

Eyes up everyone! Big news on it's way! Vermont needs big change and I know it is coming! #vtpoli @LisenbyJosh pic.twitter.com/UjE30eRROV

One thought on “Multiple candidates announce during young election season”