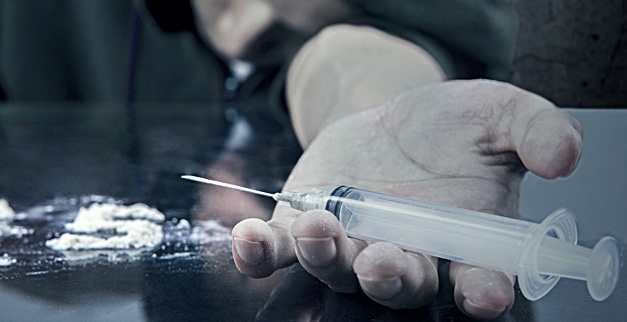 DRUGS: A sweep of fifty-nine arrests made by more than a dozen police departments illustrates that opiates and cocaine continue to be a major issue in the Green Mountain State.

The report details these investigations have resulted in 53 charges of selling heroin and 43 charges of selling crack cocaine, among other charges.  State police in cooperation with at least 14 police departments in Vermont and New Hampshire were involved in the sweep. All those charged have to appear at the Criminal Division of Vermont Superior Courts across Vermont.

“The Drug Task Force conducts hundreds of investigations annually into various levels of illegal drug activity and is committed to aggressively pursuing those people who sell or distribute these poisonous drugs, or who aid individuals who are selling them,” the report states. “These drugs are dangerous to the person taking them and invite violence into our communities.”

In conjunction with the investigations and arrests, state police have been working with the Vermont Department of Health to provide victims on drug abuse with information on treatment and services so that they can begin recovery.

Some of those facing charges could benefit from the recently passed First Step Act. President Trump highlighted this federal initiative during this year’s State of the Union address. The act allows existing prison sentences for nonviolent crimes to be reduced and future sentences to be shorter. Convicts coming out of the system are expected to make efforts to find work and avoid falling back into crimes.

Chief Ron Lake of the Bellows Falls Police Department made an arrest associated with the sweep.

“We’re busy here all the time — I mean, for this little tiny piece of the world, we answered 3,600 calls last year, so we’ve been kinda busy,” he said. “I was born and raised right here, and working in law enforcement for a number of years, and I’ve seen the changes come. It’s definitely an eye-opening experience.”

Lake said that especially those drugs among the opiate class are an issue, and that he didn’t think the situation was getting better.

“We have a drug take-back box in our lobby and we turn in a significant amount of drugs every year that we collect,” he said. “Unfortunately, people first end up being injured through no fault of their own, and then the treatment that the doctors provide them [is addictive], and then getting off the pain medications is of course an issue. I believe the doctors are trying.”

Asked about the other big class of drugs, Lake said cocaine, crack cocaine and heroin have hit his community hard.

“If you look at our Facebook page you will see all of our arrests. We post them and we’ve had significant numbers in prescription drugs, cocaine, heroin, crack cocaine — everything has hit this small community.”