BURLINGTON — Activists in Vermont and around the country are preparing for a nationwide protest in the event President Donald Trump fires special counsel Robert Mueller, despite a lack of evidence a firing will occur.

About 180,000 people have signed up in almost 700 locations to openly protest any interference with the Mueller investigation. Vermont is also part of this effort being staged by MoveOn.org.

Police departments in Burlington, Montpelier, Rutland, Castleton, Manchester Center, Putney, Springfield and Underhill have been notified of the possibility of a mass protest.

President Trump repeatedly has said he does not plan to fire Mueller because there was “no collusion” that took place with Russia during the 2016 presidential campaign. 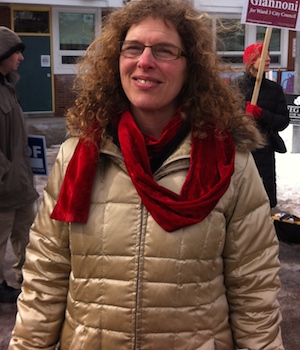 Despite these claims, some Vermont activists are preparing anyway.

Rachel Siegel, executive director of the Vermont Peace & Justice Center, said a protest must be pre-planned in case something happens that could harm the investigation.

“This is about preparing for the worst-case scenario so that people are ready to take action in an organized and coordinated manner,” Siegel told True North. “Trump is not actually in a position to fire Mueller; he would have to fire (Deputy Attorney General Rod Rosenstein) and hire somebody new who would fire him.”

Siegel said the president has shown “erratic behavior” in the past and may be speaking in technicalities, because, while he can’t fire Mueller, he can “make a move” to get in the way of the investigation.

Siegel said individuals participating in the protest took a “pledge of nonviolence” and are being welcomed by the police and towns as well.

“They have all been notified and, frankly, (are) supporting it — not just cooperating, but being supportive and wanting to be as helpful as possible,” she said.

Montpelier Chief of Police Anthony Facos said this wouldn’t be the first protest held in the capital, so they are preparing for a variety of factors like crowd control, counter protests, traffic, barricades or even an escort, if it’s a march.

“It’s always a balance in terms of freedom of speech (and) assembly — at what point do we have to ensure that some streets could not be regularly blocked, or access to properties,” Facos said. “We prioritize in making sure it’s safe. We have experience.”

Facos added that there is always “a ring leader” if violence were to occur and all who are involved would be “arrested and removed immediately.”

As far as a budget for the planning, Siegel said the Peace & Justice Center is not being sent any money, but community members are being offered tools and resources to organize a protest.

“They have these structures in place for anyone all over the country to utilize and we just tap into it,” she said.

The plan for the event, as suggested by MoveOn.org, is if anything were to happen to jeopardize the investigation before 2 p.m. on a given day, the protest would start at 5 p.m. that day. If something occurs after 2 p.m., the protest would happen at 12 p.m. the next day.

Mueller has indicated that the Office of Special Counsel is likely to seek an interview with the president, which may occur within the next few weeks, the Washington Post reports.

7 thoughts on “MoveOn planning anti-Trump protest in Burlington, other cities in case Mueller is fired”