A mother and daughter from Morrisville are headed to jail after getting caught selling hard drugs including heroin, fentanyl and oxycodone.

Delarosa, 52, and Mateo, 28, are from from the Bronx, New York. The pair have been ordered to forfeit their Morrisvile home, as well as their car and savings, because they were purchased with drug money, according to a news release from the Office of the United States Attorney for the District of Vermont. 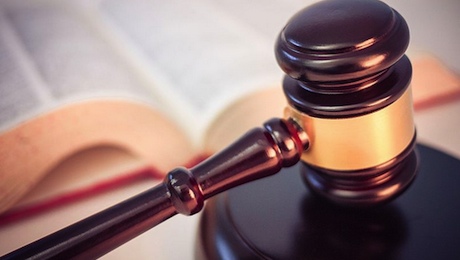 SENTENCED: A mother-daughter drug trafficking team originally from the Bronx, New York, are headed to jail for selling hard drugs from their home base in Morrisville, Vermont.

Court documents indicate that between October 2017 and Jan. 23, 2018, the two were actively distributing the drugs. Law enforcement during this time used a confidential informant to purchase drugs from the mother-daughter team. When the drugs were tested, authorities determined that the heroin they were selling was laced with fentanyl.

The police investigation also revealed that the couple was utilizing a bank for the operation, and that purchasers were sending money directly into the account rather than using cash.

Authorities also discovered that on Sept. 21, 2017, Mateo used a $10,000 cash deposit to buy the home on Randolph Road in Morrisville. Later she used $75,000 in cash to complete the purchase. All the money came from drug sales, the release from the U.S. Attorney’s Office said.

The mother was the leader of the two.

“At sentencing, Judge Reiss found that defendant Delarosa acted as an organizer, leader, manager, or supervisor of the conspiracy, and that she committed the drug trafficking offense as part of a pattern of criminal conduct engaged in as a livelihood,” the release states. “In explaining the sentence imposed, Judge Reiss observed that defendant Delarosa’s crime was not a crime of impulse, but rather one of significant planning and organization.”

“Those who would come to Vermont to sell poison should reconsider,” she said. “Those who do will be targets of rigorous investigations and their conduct will be met with stiff consequences — including jail time and seizure of the ill-gotten assets they acquire with profits earned in the grim business of addiction.”

“DEA is committed to bring to justice anyone who distributes heroin, fentanyl, and oxycodone in the state of Vermont,” he said. “Today’s sentence not only holds Ms. Delarosa and Ms. Mateo accountable for their crimes, but serves as a warning that DEA and its local, state and federal law enforcement partners will do everything in our power to keep these highly addictive drugs off the streets of Vermont.”

“Lamoille County is very fortunate to have dedicated local law enforcement officers and deputies working together addressing drug trafficking in our community,” he stated. “It is our responsibility to investigate the mercenary individuals bringing in the poison that has killed so many of our family members throughout Vermont.”

He told True North by phone that, outside of the cities, police have to be more creative and work together with other departments.

“In the rural areas, we don’t have the law enforcement resources that the metro areas have,” he said.

He said his team worked closely with the Morristown and Stowe police departments. He added that when it comes to crime and drugs, there is a lot of “spill effect that’s coming out of the metropolitan Vermont areas.”

According to a report released in August by the RAND Corporation, fentanyl has become a deadly epidemic across the country.

“Overdose deaths involving fentanyl and other synthetic opioids have increased from about 3,000 in 2013 to more than 30,000 in 2018. These deaths have remained concentrated in Appalachia, the mid-Atlantic and New England,” the RAND Corporation study found.

Much of the fentanyl is coming from China. It often comes through the mail and is difficult to intercept because small quantities are typically sent. It can be mixed with heroin to create a powerful synthetic version of the drug.