The letter is signed by Simone Gold, M.D., an emergency medicine specialist in Los Angeles, followed by eight pages of doctors who have signed on to the letter.

“Millions of Americans are already at triage level red,” the highest priority used by doctors to treat patients, the letter states. They include 150,000 individuals per month who would have had cancer detected through routine screening, millions who missed routine dental care procedures to limit the risk to heart disease and death, and preventable cases of strokes and heart attacks. 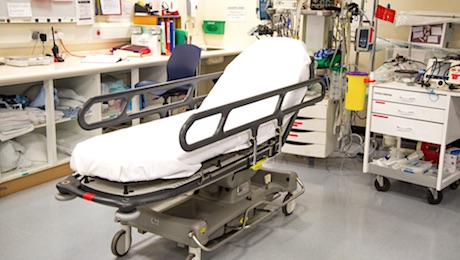 The fact that illnesses are not being treated, the doctors argue, is “being massively under-estimated and under-reported,” and “is an order of magnitude error.”

“We are alarmed at what appears to be a lack of consideration for the future health of our patients,” the doctors wrote.

“It is impossible to overstate the short, medium, and long-term harm to people’s health with a continued shutdown,” they continued.

The fact that illnesses are not being treated, the doctors argue, is “being massively under-estimated and under-reported,” and “is an order of magnitude error.”

Dr. Marilyn Singleton, a board-certified anesthesiologist, immediate past president of the Association of American Physicians and Surgeons (AAPS) and signer of the letter, argues that “Ending the lockdowns are not about Wall Street or disregard for people’s lives; it’s about saving lives.”

On the AAPS website, she chronicles the negative impact of the shutdown on health care, saying, “We cannot let this disease change the U.S. from a free, energetic society to a society of broken souls dependent on government handouts.”

Gracie Marie Turner, who first reported on the letter in Forbes and writes about health care reform, said that the deferred care of missed and cancelled appointments and necessary medical treatments “is expected to lead to patients who are sicker when they do come in for care and more deaths from patients not receiving care for stroke, heart attacks” or other illnesses.

Dr. Jane Orient, executive director of the Association of American Physicians and Surgeons, told Turner that patients who do get admitted to a hospital for a medical condition “… are prisoners. No one can be with them. Visitation at a rare single-story hospital was through closed outside window, talking via telephone.”

“To get permission to go to the window you have to make an appointment (only one group of two per day!), put on a mask, get your temperature taken, and get a visitor’s badge of the proper color of the day,” Orient added.

Yet by engaging in these practices, no hospitals or doctor’s offices are preventing patients from contracting COVID-19, Orient argues. Instead, she says the “loss of patient morale, loss of oversight of care, especially at night are incalculable.”

The letter echoes sentiments previously expressed last month by other experts and doctors that the statewide shut downs counter decades of medical science and were based on an overestimation of fatality rates.