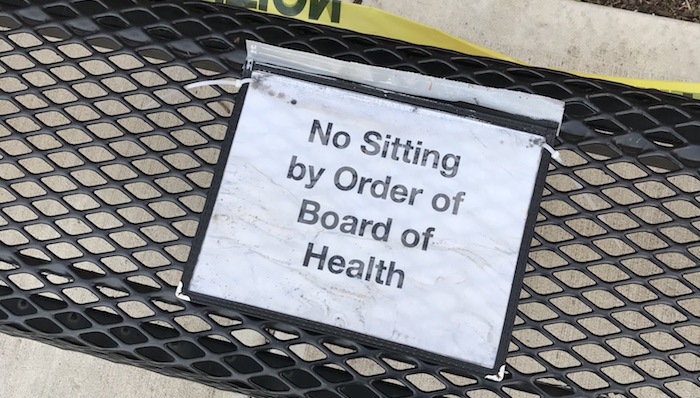 Over the past six weeks, about 30.3 million Americans have filed for unemployment benefits because of stay-at-home orders in response to the novel coronavirus.

Over the past six weeks, about 30.3 million Americans have filed for unemployment benefits because of stay-at-home orders in response to the novel coronavirus.

Many experts believe the U.S. economy has slipped into recession, although that won’t be definitively determined until there are two consecutive quarters with a decline in GDP, a metric designed to quantify the combined economic output of the nation’s economy.

Data from the U.S. Bureau of Economic Analysis released Wednesday indicates that the U.S. economy shrank by 4.8 percent in the first quarter of 2020, the worst such decline since the fourth quarter of 2008 when the nation was headed toward what’s now known as the “Great Recession.”

President Donald Trump held a roundtable discussion with business leaders from across the country Wednesday regarding plans to slowly reopen the economy.

“America is ready to get back to work,” Trump said.

California saw the sharpest decline in new claims. Last week, 328,042 California workers filed for unemployment, a drop of 200,318 from the week ending April 18, when 528,360 Californians filed for benefits.

Congress expanded unemployment benefits in the $2 trillion CARES Act passed last month. Benefits include an extra $600 a week on top of state benefits for up to four months.

For the sixth consecutive week, New Hampshire has seen massively inflated numbers for new unemployment claims compared to the data from before the onset of the coronavirus crisis.

Another 14,347 New Hampshire residents filed for jobless benefits during the week ending April 25, according to the latest numbers released Thursday by the U.S. Department of Labor. That brings the total for the past six weeks up to about 160,000.

In comparison, for the week ending March 14 – the last period before many governors across the nation began to order all nonessential businesses to shut down – New Hampshire saw just 642 new unemployment claims.

The April 25 numbers were a 29 percent decline from the prior week as the economic shutdown forced by the coronavirus continues to hammer the state and national economy.

Another 5,117 Vermonters out of work last week

According to the Vermont Department of Labor’s unemployment insurance claims report released Thursday, initial claims for the week ending April 25 totaled 5,117, which are in addition to 6,598 claims the week of April 18 and 9,662 the week prior to that.

Past initial claims that have continued on in the most recent week reached 76,457, up from 64,313 during the week ending April 18. Vermonters collecting unemployment insurance must report their job status to the state on a weekly basis to continue receiving jobless benefits.