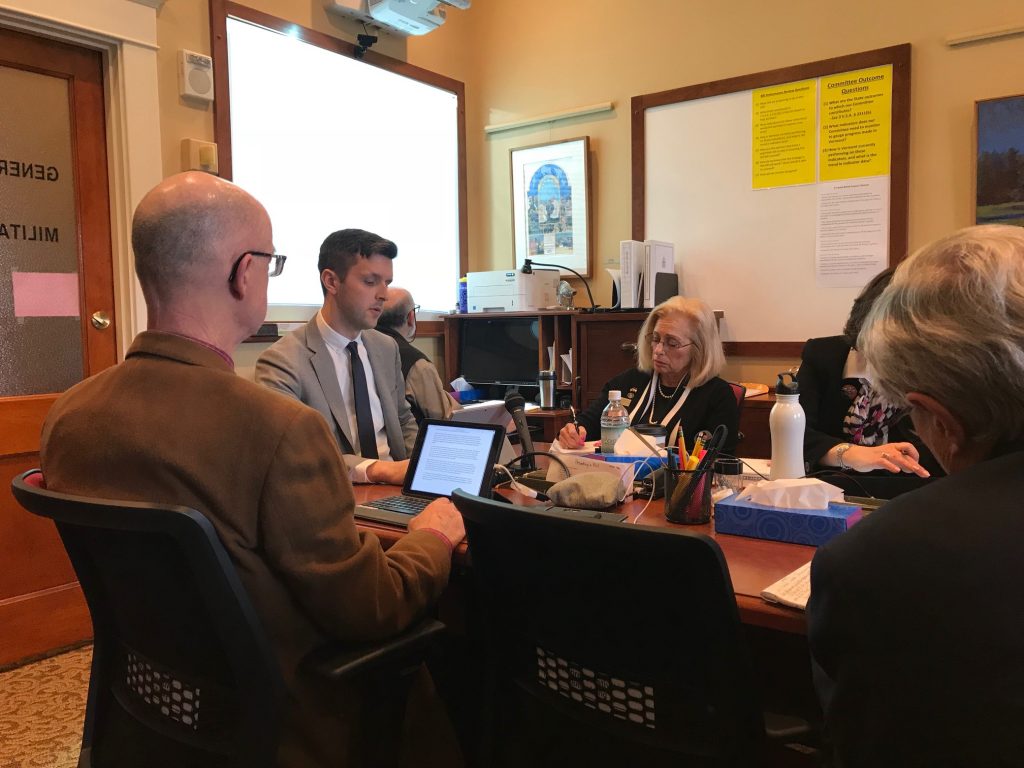 DON’T HURT THE COUNTRY STORE : Charles Martin, the government affairs director for the Vermont Chamber of Commerce, said 80 percent of his member businesses are 20 or fewer employees and will have trouble paying $15 an hour.

MONTPELIER —The Housing and Military Affairs Committee continues to hear from business owners and advocates who say that a $15 minimum wage is simply unaffordable for their organizations.

Kohaut and Martin spoke against raising the minimum wage to $15 an hour by 2024, the current proposal of S.23. Charbonneau was in favor of the wage increase.

Kohaut, who is a native Vermonter and second-generation business owner, noted that pay and benefits account for 54 percent of her budget. She said paying the higher wage would be unsustainable.

“Unfortunately we do not have the ability to absorb this kind of increase in our payroll without making significant reductions elsewhere,” she said.

Those reductions, deemed necessary to keep the business afloat, would potentially apply to current employees. 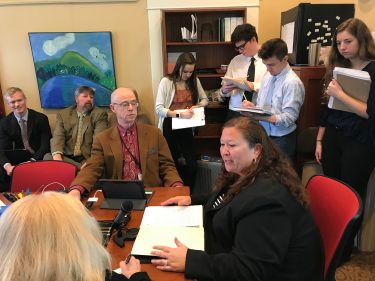 Coleen Kohaut, a nursing home administrator at Franklin County Rehabilitation, said her organization might not be capable of paying workers a $15 minimum wage.

“The only potential mechanism I can use to account for these changes is to reduce our employee benefits, however this reduction is counterproductive,” she said. “I mean we’re having trouble getting staff as it is and we’re a good provider.”

“It’s an extremely difficult workforce environment right now in the state of Vermont,” she said. “We just don’t have the physical bodies, plus our unemployment rate right now is at 2.2 percent.”

About 57 percent of Kohaut’s patients are Medicaid recipients, 22 percent are self-pay or private, and 21 percent are in Medicare. That’s important, she noted, because Medicaid and Medicare are substantially underpaying for services.

“I would love to pay a higher wage, but all I ask for is, if you do this, you need to make sure that there has to be a balance, and you are gonna have to pay for it on the Medicaid side,” she said.

Charbonneau, whose union represents the interests of the labor movement, said she sees a $15 wage as necessary to help people struggling to meet their needs.

“Working people deserve the dignity of being able to feed their family, put a roof over their head, send their kids to college and set away funds for retirement,” she said. “Raising the minimum wage will raise the standard of living for many working Vermonters.”

She said the wage policy shows how much the state cares for its more vulnerable workers.

Rep. Lisa Hango, R-Berkshire, asked Charbonneau what she thought of the previous testimony from Kohaut, especially with regard to the limited reimbursements that they are given from these big organizations like Medicaid.

Charbonneau responded that the state is just going to have to put more money into the reimbursements. She suggested there will be new revenues available for this.

“As people earn more then they will pay money in taxes, and as they earn more money they will receive less benefits from the state,” she said. “So there is going to be a flow of money into the state.”

Martin, whose work with the Vermont Chamber of Commerce keeps him up on business trends, said he knows firsthand how tight budgets can be based on his own family’s experience running a small country store.

“This issue hits kind of close to home,” he said. “I know all about payroll stress and I know all about treating your employees as well as possible within the fiscal means of the business owner.”

Martin challenged some of the popular conceptions put forth by proponents of a mandatory wage increase.

He also addressed the claim that businesses won’t suffer any competitive disadvantages from a higher minimum since all companies would have to play by the same rules.

“I tend to agree with that rhetoric, but I also ask people to see that that means we would be at a competitive disadvantage regionally and nationally, because we would be the state with the higher minimum wage,” Martin said.

Rep. Thomas Stevens, D-Waterbury and the chair of the committee, acknowledged that the issue is complex.

“One of the things that makes this difficult is we hear this story and then we hear the stories from an employee’s perspective that says it’s really difficult to make ends meet with this current minimum wage,” he said.

He continued, “And on the other hand we can say, ‘Oh look, we’re just talking about the minimum wage and not everyone makes the minimum wage.’ But we know from our Vermont income tax filings that 144,000 Vermonters make less than $27,000 a year, and those people are averaging about $15,000 a year.”