We are about five weeks away from the vernal equinox. The Winter Olympics are well underway, pitchers and catchers have already reported and position players are due this week. Town Meeting day is rapidly approaching. All of this can mean only one thing. Once again, the voters in Barre City are being asked to support the imposition of a one percent tax increase on the sale of alcohol, meals and lodging. 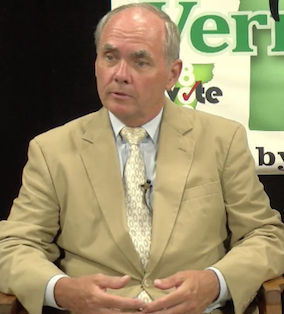 Three times (most recently in 2016 and 2017) the voters have turned down the opportunity to increase the tax that they pay on certain purchases through a Local Option Tax (LOT).

Recently, I had the opportunity to participate with Mayor Lauzon in a program hosted by the Times Argus on the topic of imposing a LOT in Barre. It can be viewed on the CVTV website. We presented our thoughts on the relative merits of a LOT, and I would like to take this opportunity to reiterate some of the points that I tried to raise during our discussion.

The city anticipates raising $217,000 through the new tax. After carefully reviewing all aspects of the city budget, I was able to identify of an additional $250,304 in budget savings. I was able to arrive at those savings without touching payroll, benefits or contractual obligations. That quarter-of-a-million dollars of identified savings were dismissed as being inconsequential.

Our members have repeatedly asked us to oppose the LOT. The new tax will increase the cost of dining out. On a $60 bill, the tax is already $4.80 and with a one percent LOT, it goes to $5.40.  Think of what the new tax will cost on a wedding reception held at the BOR or the Barre Elks Club, the Canadian Club or the American Legion Hall. Suddenly, it becomes one or two fewer couples to invite to the celebration.

Shouldn’t visitors to Barre help pay for the cost of services they receive while in Barre? Surely the proposed tax increase isn’t that onerous. In fact, those visitors to Barre are already paying for those services each time they stop in a restaurant or stay overnight in one of Barre’s lodging establishments.

Business owners already factor the cost of their property tax bill into their budgets. Perhaps they pay the city directly because they own the property. If they rent, the landlord factors an amount into the lease to cover the restaurant or hotel portion of the property tax. That cost is then passed on to the consumer as a part of the cost of the cup of coffee or the meal they are serving or the room they are staying in.

Images courtesy of Flickr/401kcalculator.org and Vote for Vermont