If she’s elected to Congress in November, don’t expect Lt. Gov. Molly Gray to fight against an aggressive federal bureaucracy, at least regarding climate change. In a recent campaign statement she called the SCOTUS decision rebuking the climate change policy-making role of the Environmental Protection Agency as a “foolish” action by a “radical court.” 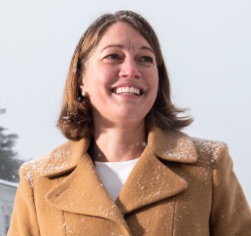 “This reckless Supreme Court has issued another disastrous ruling – this time, handing a victory to fossil fuel companies. This foolish decision represents the latest step in a decades-long conservative effort to dismantle regulatory powers in favor of corporate special interests. The Americans most greatly harmed by this ruling will be the ones who can least afford it.

“Congress must overcome its climate dysfunction and act now to clarify the EPA’s role in regulating carbon emissions. This issue cannot be left up to judicial interpretation. As this brazen court has demonstrated repeatedly, the basic rights and interests of Americans – especially the most vulnerable – are under attack.

“In my own lifetime, I’ve seen profound changes to Vermont’s climate. Our ski seasons are shorter, and family farms, like the one I grew up on, must navigate increasingly unpredictable growing seasons.

“I’ll be a forceful, next-generation climate advocate for Vermont in Washington. I earned my law degree from Vermont Law School where I served as an editor on the Vermont Journal of Environmental Law and led the Journal’s Symposium on Climate Change and National Security. I’ve also served as a federal law clerk and Assistant Attorney General; I understand the role of our courts and Congress in setting federal climate and energy standards. I’m ready to put my legal training to work to counteract this radical court.”

Images courtesy of Molly Gray and state of Vermont