BURLINGTON — A twice-deported Mexican national arrested in Burlington is headed to jail as the number of illegal crossings at the Canadian border continues to rise.

On May 30, the United States District Court in Burlington sentenced Miguel Lopez-Castillo, 35, to a year and a day in prison after he admitted to living in the United States illegally after being deported twice before, in 2008 and 2012.

According to the U.S. Attorney’s Office for the District of Vermont, agents at the Department of Homeland Security learned in May 2018 that Lopez-Castillo was residing in the country without proper authorization. He was arrested in Burlington and held in the state’s Department of Corrections system until his indictment last August.

At first, Lopez-Castillo plead not guilty. But in February, after he was brought into federal custody, he admitted to residing in the U.S. without necessary documentation. He faced up to two years of imprisonment and a $250,000 fine. 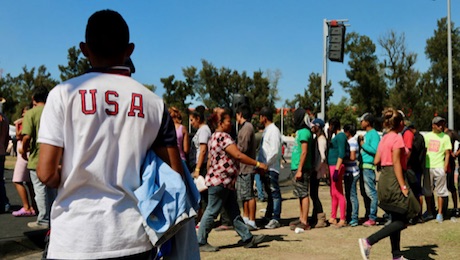 DEPORT OR JAIL?: A Mexican national who entered the U.S. illegally three times will spend a year in jail, according to the U.S. Attorney’s Office for the District of Vermont.

Kraig LaPorte, spokesperson for the U.S. Attorney’s Office, told True North he did not know what Lopez-Castillo was trying to accomplish by repeatedly returning to the country, but that such incidents occur frequently.

“There are some that re-enter after they were removed from the country, and there are cases in the past that have involved re-entry again,” he said.

According to the latest statistics from U.S. Customs and Border Protection, there have been 2,862 total apprehensions from the northern border in fiscal year 2019. Of that number, 952 individuals are known to have crossed the Canadian border illegally. The fiscal year ends Sept. 30.

In fiscal year 2018, some 963 people crossed the northern border illegally. That number was up 91 percent from 2017 when 504 people crossed.

Border patrol agent Richard Ross, who manages the station in Newport, Vermont, told NBC News that immigrants would often be lured to Canada with promises of employment, only to arrive and find that their best options are to find work in the United States. “That provides some clientele to then be smuggled into the U.S,” he said.

LaPorte has said in prior interviews that the rural landscape of the northern border is attractive to those who intend to enter the U.S. illegally. He also said the new visa-waiver program that allows Mexicans to travel to Canada by plane without a visa is problematic.

Repeat illegal crossings are a common occurrence in the U.S.. According to the Washington Times, the Department of Homeland Security reported that the record for the most deportations of a single individual was 44.

While the Trump administration has focused its immigration enforcement effort around the southern border with Mexico, it turns out there is significant public support for a wall along the northern border. According to a 2015 Bloomberg poll, 41 percent of Americans would support a wall.

Images courtesy of Public domain and The Daily Signal/Nolan Peterson