Leafing through a new Cato Institute monograph the other day, titled “How Wealth Fuels Growth: The Role of Angel Investment” by Chris Edwards, I extracted a few useful thoughts. 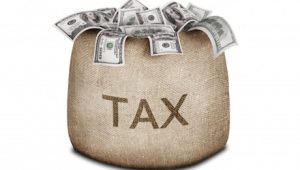 Weeding out tax loopholes that unfairly benefit the wealthiest is worth doing, but destroying the angel investor and venture capital market is a notably bad idea.

“Democrats are now proposing to sharply raise capital gains taxes. If applied to startup investing, that would kill incentives for angels and starve cash from the virtuous cycle in technology hubs of successful investors and entrepreneurs generating wealth and then plowing it back into new businesses.”

“America needs diverse sources of funding for innovative businesses, and wealthy individuals are a crucial source. Wealth is central to the nation’s entrepreneurial ecosystem, which has spawned so many great companies and advances over the decades.”

Leftists like Sens. Elizabeth Warren and Bernie Sanders constantly rail against inequality of wealth. Parenthetically, Bernie and his wife and Warren and her husband each have more wealth than the total of the lowest forty percent of citizens — keep that in mind.

Weeding out tax loopholes that unfairly benefit the wealthiest is worth doing, but destroying the angel investor and venture capital market is a notably bad idea.

7 thoughts on “McClaughry: What a capital gains tax increase would do to angel investors”