When Arizona Democratic Sen. Kyrsten Sinema opposed Democratic efforts to change Senate rules to rush their huge social welfare and subsidy bill through the Senate, the Arizona Democratic Party, controlled by progressives, adopted a resolution of censure, denouncing her for it. 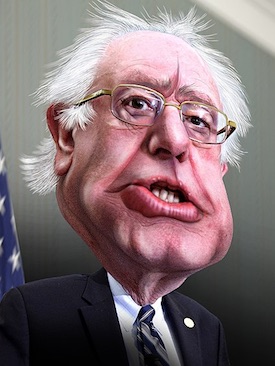 Bernie Sanders is an independent democratic socialist, not a Democrat. Has he forgotten this?

Interviewed by reporter Manu Raju, Sen. Bernie Sanders applauded the Democratic party’s censure of his colleague. He said it was absolutely the right thing to do, and hinted that he may support a Democratic primary challenge to Sinema next time around.

Now, what’s wrong with this story?

Bernie Sanders is not, nor has he ever been, a member any Democratic Party. Why is he telling Democrats what to do in a party that he resolutely refuses to belong to?

For the first 30 years of his public life, Bernie Sanders ritually denounced the two major parties, that he called the Demicans and Republicrats, as subservient lackeys of the rich and the big corporations. He proudly claimed to an independent democratic socialist. But when he arrived in Congress in 1991, he promptly sold out in order to gain rank in the House Democratic Caucus. Then in 2016 he sought the presidential nomination of the party he steadfastly refuses to join.

There’s more to this story, but it’s one really ugly blotch on Bernie’s career. If he’s really an independent, he should leave other parties to their own designs, instead of meddling from outside to please his own progressive crowd.

12 thoughts on “McClaughry: Sanders, Sinema and the politics of party”