Here’s some good news about ever rising college tuitions. Last month Purdue University announced that tuition at the university’s flagship West Lafayette campus will hold at 2012 levels through 2021-22, marking the ninth straight year of no tuition increase.

Purdue President Mitch Daniels said Purdue will continue its strategy of investing in people and priority initiatives, and will provide a 3% salary merit pool for campus employees for the fiscal year that begins next July 1. 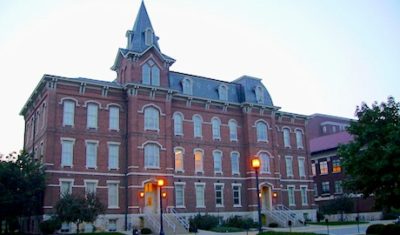 Had Purdue raised tuition and fees and room and board at the same rate as comparable institutions, Purdue families would have spent a combined $600 million more over the past seven years. A graduating in-state student who has lived on campus the past four years has saved over $12,000 compared with the rate increases at other universities; and an out-of-state student has saved over $31,000.

How can Purdue do this? It can do it by hiring an extremely competent president committed to quality education and spending restraint. Daniels was the nation’s best governor for eight years and probably could have been reelected forever. His lieutenant for several years at Purdue was Suresh Garimella, now president of the University of Vermont.

One thought on “McClaughry: Purdue University tuition freeze (or, how it pays to hire well)”