Last week I watched news reports on WCAX and WPTZ featuring the Facebook “whistleblower,” Francis Haugen. She’s the former Facebook employee who copied thousands of pages of internal documents to prove that Facebook designs its products to attract customers, whose fees pay their bills and generate lots of profit for CEO Mark Zuckerberg. Well, duh. 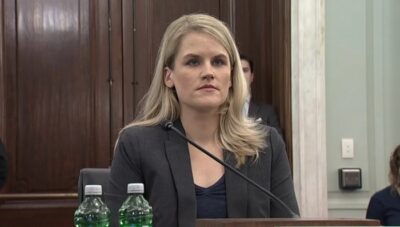 Her testimony to a Senate subcommittee emphasized that Facebook allows the circulation of inflammatory and divisive content and — gasp — misinformation. And Facebook knew the ill effects this avalanche of false and harmful words and pictures could have, especially on teenage girls worried about their body images and social acceptance.

The senators leaped at the bait and enthusiastically agreed that something must be done to put the government in charge of regulating Facebook content and misinformation.

Elizabeth Nolan Brown of Reason offered a more useful conclusion: “Making tech companies share more user data with regulators, letting Congress decide what sorts of content can be seen on social media, and giving regulatory agencies more room to put tech companies on trial — [is] a cross-agency fishing expedition that will hopefully turn up something senators can use to justify all the time they’ve wasted on this.”

My wife and I raised two teenage daughters. If they had complained that living on Facebook lowered their self-esteem and suggested suicide, I would have said: “So, get the hell off of Facebook.” Government regulation of purveyors of alleged misinformation is the last thing a free country needs.