Everybody from President Joe Biden down to Gov. Phil Scott is busy promoting electric cars as the major means of cutting down the 43% of carbon dioxide emissions from the transportation sector. California wants all cars on the road to be electric by 2035. 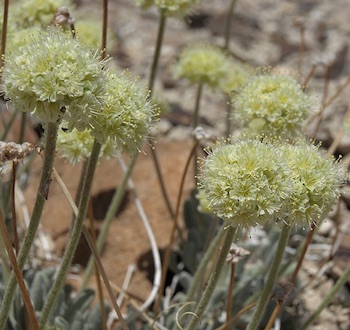 Tiehm’s buckwheat is a species of flowering plant that grows around the Silver Peak Range of Esmeralda County, Nevada.

One question usually not asked is where does the electricity come from to charge up all those batteries driving those electric cars. Surely it will not be wind and solar, but let’s pass over that awkward question for the moment.

Instead, let’s ask where will all the lithium come from to run those lithium ion batteries.

Much of the world’s lithium comes from other countries, produced under conditions that Americans won’t want to have to look at. So why not mine our own lithium?

That’s what a U.S. company wants to do at a site in the Nevada desert. The geologists project that it could produce enough lithium to build 400 thousand car and truck batteries a year.

But wait. There’s something else out there in the Nevada desert. It looks like a dandelion and it’s named Tiehm’s buckwheat. Aha! Endangered plant species! The Center for Biological Diversity is going all out for protecting Tiehm’s buckwheat, even though the mining company proposes to relocate them to another site.

The center says the U.S. should make biological diversity a higher goal that clean energy transition, so look somewhere else for the lithium for the essential batteries.