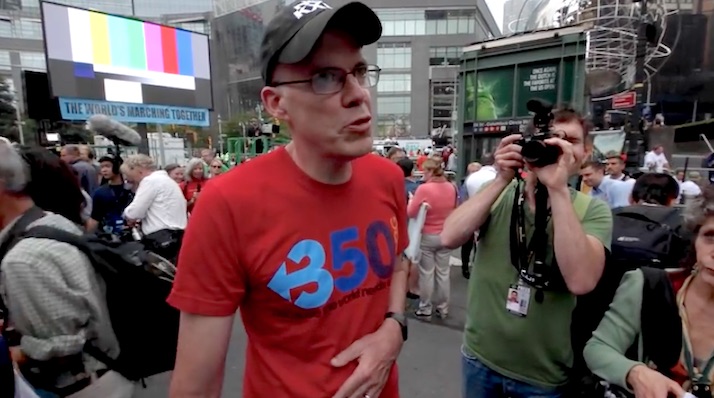 Bill McKibben, the climate activist at Middlebury College and the leader of 350.org, now appears to be tiptoeing away from his ardent anti-nuclear views of yesteryear. In a journal article that appeared two weeks ago, McKibben says this:

The shift away from combustion is large and novel enough that it bumps up against everyone’s prior assumptions — environmentalists’, too. The fight against nuclear power … was an early mainstay of the green movement, because it was easy to see that if something went wrong it could go badly wrong. I applauded, more than a decade ago, when the Vermont legislature voted to close the state’s old nuclear plant at the end of its working life, but I wouldn’t today. Indeed, for some years I’ve argued that existing nuclear reactors that can still be run with any margin of safety probably should be, as we’re making the transition — the spent fuel they produce is an evil inheritance for our descendants, but it’s not as dangerous as an overheated Earth, even if the scenes of Russian troops shelling nuclear plants added to the sense of horror enveloping the planet these past weeks.”

Well, thanks for that, Bill. He and I have radically different views of the supposed climate emergency, and I have little concern about the safe management of spent nuclear fuel, but he finally dares to say that nuclear power is essential to avoiding an overheated earth, that he thinks is coming. That’s progress.