This commentary is by Matt Krauss, of Stowe. He is a retired state employee and former state legislator.

Vermonters are bombarded on a regular basis that race relations are terrible and that we are unable to form a cohesive group working towards a common, promising goal. Over the last week in January, activities took place in North Carolina and Georgia proving that is a false narrative. The events were actually quite routine, but the fact they were so routine made them all the more extraordinary. 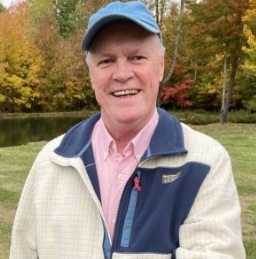 On a flight from Charlotte, North Carolina, to Columbus, Georgia, to attend an Army graduation ceremony the first eye opening event took place. Three very young soldiers sat in the first row of the airplane. Based upon their name tags and their physical appearance they might be described as a Black and two Hispanic soldiers. The remainder of the passengers looked like a typical group of Americans you would see in any southern restaurant — most older, some younger, black, white, Hispanic, Asian American, etc. An ordinary group of Americans, but what some of them did made them special. As they came through the plane perhaps six or seven passengers said to the soldiers in the first row, “Thank you for your service.” It was a heartfelt expression and a genuine appreciation for their service to America. Can we comprehend what that simple activity represents? From the southern shame of Bull Connor, fire hoses and police dogs to young minority soldiers sitting in the front of the airplane and other passengers thanking them for their service to America. We need to observe, report and celebrate America’s growth, progress and patriotism.

Sometimes in Vermont the warrior ethos and unashamed patriotism are not often displayed or appreciated. But there are many Vermonters who quietly fly an American flag, proudly display patriotic bumper stickers on their vehicles, and have sons, daughters and relatives serving in the military.

Let’s not allow the loudest voices in the public arena to be proclaiming division, hostility between the races, and damnation of Americans and American ideals.

The 178 soldiers who officially completed their infantry training that Friday morning were from around America. Maine, New Hampshire and New Jersey were in attendance. The top performing soldier was a young white soldier from Michigan. The top drill sergeant was a Hispanic from Alaska. A glance of the graduates showed Black and Asian American soldiers. The proud family sitting behind us was speaking Spanish to a grandmother.

At the graduation ceremony the battalion commander gave the closing speech to the graduates of Echo Company. The field upon which they marched and graduated was named Daniel Inouye field. He was veteran of World War II, Medal of Honor recipient, and was grievously wounded in battle. He later became a U.S. senator from Hawaii. The field contained soil from famous infantry battlefields throughout our proud history. The graduates had a real and tangible connection with previous generations of soldiers who defended our nation.

Families, friends, and visitors numbered several hundred individuals. The leader asked the veterans in attendance to please stand and be recognized; they did, some a little slower than others. The applause given these aging veterans brought some tears.

Twenty-two weeks before, the graduating soldiers received a military haircut and began basic training. Love of country drove many to volunteer. They are changed for the better by their common experiences. They were more trim and in shape than most Americans. Their language was more respectful towards their elders and showed pride in their accomplishments. They learned to make their own beds and did their own laundry, some for the first time ever.

Following the graduation ceremony was time for collective laughter, joy, shared stories, friendship, hugs and introductions of family. Within an hour most of the new soldiers boarded buses headed to their first duty assignment.

The two-day graduation celebration offered a continuing and inspiring story and a visual representation of service to the nation — and the true melting pot of America. It’s something unconsciously ignored or forgotten by many Americans.

America is much better than those who run down our nation and its ideals. We would be wise to ignore those who constantly complain about our failings.

Oh, I forgot to mention one of those graduating infantry soldiers was from Lamoille County Vermont — my youngest son.