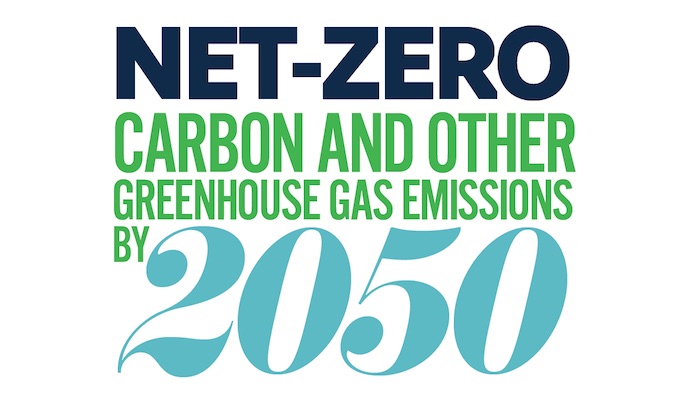 As was noted, we could get closer with nuclear, but not by 2050, and no one’s declaring a state of emergency to build any nuke plants — not that we’d get there from here if we started today.

There are few, if any, facets of the Climate Cult mythology we’ve not debunked. It’s fun and easy, but one of the latest lies is that the government can get us to Net Zero carbon emissions. We’ve covered some of that too, but what I’m about to share should end all debate. It can’t be done, even if we needed it.

Willis Eschenbach has a must-read post with updates at Watts Up With That that is worth your time. It is titled “Bright Green Impossibilities,” and it’s all about the math.

I got to thinking about how impossible it will be for us to do what so many people are demanding that we do. This is to go to zero CO2 emissions by 2050 by getting off of fossil fuels. So let’s take a look at the size of the problem. People generally have little idea just how much energy we get from fossil fuels.

Willis calculates our energy bottom line and then tries to determine how much of any or all the other alternatives we’d need to keep up.

You can take the entire walk with him if you’d like, but after pouring out some frighteningly impossible numbers and responding to commenter input, the bill comes due.

To summarize: to get the world to zero emissions by 2050, our options are to build, commission, and bring online either:

It can’t be done. It’s a lie, and anyone connected to the energy industry (green or reliable) who tells you otherwise is lying. As was noted, we could get closer with nuclear, but not by 2050, and no one’s declaring a state of emergency to build any nuke plants — not that we’d get there from here if we started today instead of two years ago when Willis did the initial math (and those things aren’t cheap either).

There also isn’t enough landmass for wind or solar to achieve those numbers, and no one wants to build nuke plants to back them up.

And we’ve not even touched on the cost. The Global Climate Cult has already wasted trillions if the goal is lowering CO2 emissions to go backward. If that’s not proof that they are the least qualified for the job, if it was even one that needed doing, then this should be:

“Top consulting firm McKinsey has calculated that the net-zero emissions targets set by global governments and championed by the United Nations would cost the public a staggering $275 trillion by 2050, or around $30 billion per day for the next 25 years.”

That is probably a lowball number, especially without inflationary forces and supply and demand price pressures which would be enormous.

And then there’s that other emissions elephant in the room. The actual carbon cost of all the things that need doing to make all the things that are supposed to get us to Net Zero. You can’t make any of those things without coal. There aren’t enough rare earth metals to do it or, even based on the most forgiving estimates, replace the first round of batteries when they inevitably fail ten years later (or less).

None of this works without batteries.

Then there’s the energy or carbon cost of disposing of all those bits, little or none of which is recyclable. And none of this math attempts to find electricity to do those things, so there’s that problem as well.

The solution to the problem of Net Zero is admitting they made it up, we don’t need it, and even if we did, it can’t be done. It’s a lie. When you encounter it out in the wild, show them Willis’ math.

It’s a long shot, but maybe they’ll begin to wonder about other possible lies.