Exxon often misleads Massachusetts investors and deceives customers about what role the Texas-based oil producer supposedly plays in causing climate change, according to the lawsuit. Healey argued that Exxon has produced campaigns glossing over its role in producing carbon dioxide. 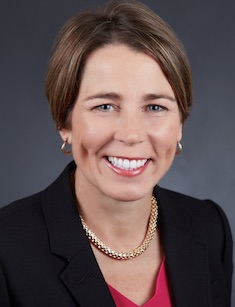 “Exxon has known for decades about the catastrophic climate impacts of burning fossil fuels — its chief product,” Healey said in a press statement attached to the complaint.

Healey added: “Yet, to this day, Exxon continues to deceive Massachusetts consumers and investors about the dangerous climate harms caused by its oil and gasoline products and the significant risks of climate change — and efforts to address it — to Exxon’s business.”

The lawsuit cited Exxon documents alleging “an expert retained by Exxon presented findings to Exxon that the projected rise in global temperatures caused by burning fossil fuels would have ‘major economic consequences.’” Exxon failed to disclose hefty climate-related losses to investors, which violates Massachusetts laws, according to the lawsuit.

New York shifted its legal argument multiple times over the past several months, collected millions of documents, and finally brought a lawsuit against the company inquiring about accounting practices. The state is using a statute called the Martin Act, which doesn’t require proof of fraudulent intent. Media are giving New York’s pursuit of Exxon an icy reception.

The New York lawsuit is “a shameless exercise in prosecutorial abuse,” the New York Post editorial board wrote in an Oct. 20 editorial. Others joined in the hit parade. The Wall Street Journal editorial board also clobbered the state in October, noting that “despite years of discovery and scouring millions of documents, the New York AG’s lawyers found no such evidence.”

“The Massachusetts attorney general‘s office has filed a baseless complaint three years after announcing its politically motivated investigation, during which they have not interviewed a single ExxonMobil employee or gathered one piece of evidence from the company.” the company noted in a statement Thursday.

Healey’s office has not yet responded to the Daily Caller News Foundation’s request for comment.