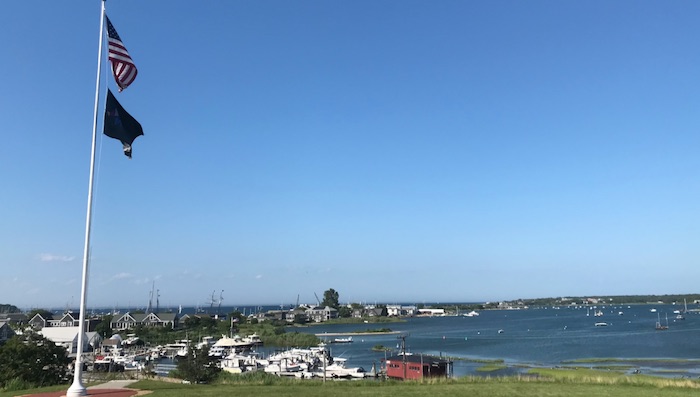 Republican Florida Gov. Ron DeSantis sent the migrants to Martha’s Vineyard on Wednesday as part of the state’s program transporting illegal migrants to sanctuary cities. Massachusetts is now activating its national guard and offering to transport the migrants to Joint Base Cape Cod, Baker announced.

The Massachusetts Emergency Management Agency (MEMA) is coordinating with state and local officials to provide food and shelter, according to CBS. Baker said locals had provided temporary shelter to the migrants but were unable to help them long-term.

Today, our administration announced new shelter and humanitarian supports at Joint Base Cape Cod for the migrants who arrived this week in Martha's Vineyard.

“The island communities are not equipped to provide sustainable accommodation, and state officials developed a plan to deliver a comprehensive humanitarian response,” he said, according to CBS.

The move to the military base will be voluntary, according to Baker, who noted that Joint Base Cape Cod has previously housed people fleeing Hurricane Katrina and served as a medical site during for COVID-19. It will now offer food and shelter, healthcare and legal services to the 50 migrants, according to Baker.

The rate of illegal immigration through the southern border has shattered records throughout the Biden administration, with nearly 2 million individuals encountered by U.S. Customs and Border Protection (CBP) between October 2021 and July 2022.