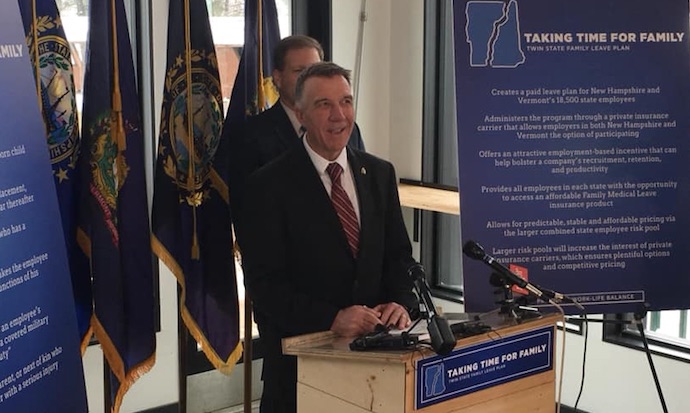 For the past year, Gov. Phil Scott has been making the good fight on paid family leave in demanding any such plan be voluntary, not mandatory. But then earlier this week he said on VPR:

Let’s walk before we run. Let’s prove this out, let’s see how it [a voluntary program] works. I mean what’s the harm in doing this as a voluntary program and see how, see if people engage? And if it doesn’t, you can always move to a mandatory system.

Why in the name of Sam Hill would anyone advocate for, having discovered that a program doesn’t work because nobody voluntarily wants it, making such a program mandatory? That’s equal parts stupid and evil. But this is the Montpelier mindset.

School district consolidation was voluntary until it became clear that nobody (or almost nobody) wanted any part of it. Then it became mandatory. But closing schools was, of course, voluntary within the newly formed districts. Now we’re seeing that school closings are becoming mandatory.

Taxpayer funded pre-K was voluntary for each district to decide for itself back in 2007. That promise was how advocates got a number of needed legislators to go along with voting for the bill. Then, when several districts decided they didn’t want to do it, the Legislature made funding pre-K mandatory. Today the program costs Vermonters $130 million a year.

So, the lesson here is if you don’t want to have a mandatory paid family leave program with its accompanying $30 million to $80 million payroll tax (to start!), then you should not support Scott’s proposed voluntary program either. Just say no. Because the latter is only a stepping stone to the former.