The poll found 57% of those surveyed do not support the announcement while 19.8% are in favor. The rest are not sure. 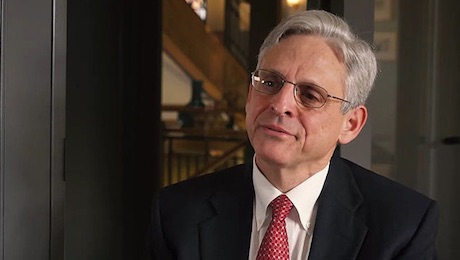 “One can plainly see that those who are aware that Merrick Garland made this announcement oppose him by large majorities, while there’s a group who marked ‘not sure’ because they don’t know about his announcement or don’t know enough about it,” said Mark Meckler, president of Convention of States Action.

Attorney General Merrick Garland said the FBI would look into the issue after a series of contentious school board meetings in recent months over issues like critical race theory and COVID-19 mandates in schools.

“Threats against public servants are not only illegal, they run counter to our nation’s core values,” Garland said. “Those who dedicate their time and energy to ensuring that our children receive a proper education in a safe environment deserve to be able to do their work without fear for their safety.”

There have been some arrests of rowdy parents at school board meetings, but as a whole they have been almost entirely nonviolent. Critics call the plan federal overreach and an attempt to intimidate parents into silence.

Proponents of the plan say it is necessary for school safety, but Republican lawmakers were quick to push back against the announcement.

“Now Joe Biden is deploying the FBI against parents who have concerns about Critical Race Theory being taught to their children,” U.S. Sen. Josh Hawley, R-Mo., said after the announcement. “This is a remarkable and dangerous abuse of power. I just asked the Biden DOJ to name one instance in American history when the FBI has been directed to go after parents attending school board meetings to express their views. There isn’t one. Biden’s latest offensive against parents is shocking, unprecedented and wrong.”

2 thoughts on “Majority of Americans oppose FBI investigation of parents at school board meetings, survey finds”