A growing chorus of Democrats are demanding that the entire U.S. vote by mail in November because of the coronavirus pandemic, but election experts say this could open the door to rampant fraud and mismanagement.

The GOP — including the president — stands largely against such a measure. While election experts say there is no proof that mail-in voting helps Democrats, they argue that history has proven that voting by mail is a precarious endeavor.

“Voter registration rolls are in notoriously bad shape all over the country,” Hans A. von Spakovsky, a senior legal fellow at the Heritage Foundation and a former commissioner of the Federal Election Commission, told the Daily Caller News Foundation.

Von Spakovsky said state governments typically do a poor job of cleaning up for their voter rolls by properly taking off names of people who have moved or died and other such management. He said that if you simply mailed every voter a ballot on the voter list, you will ultimately have a large number of people receiving ballots that aren’t theirs. 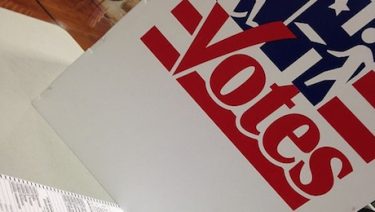 In two-thirds of the states, voters may simply request an absentee ballot and it gets mailed. In about a third of states, however, voters need an excuse to vote absentee — such as being sick, disabled, out of town, etc. Under a system being advocated by U.S. Rep. Nancy Pelosi and other Democrats, all registered voters would essentially be mailed an absentee ballot.

Von Spakovsky pointed to Heritage’s voter fraud database, which contains nearly 1,300 cases of voter fraud. Included in this extensive list are “a lot” of absentee ballot fraud cases, he said.

“Because these are ballots that are voted outside the supervision of election officials, … it makes it easier to do everything from stealing them to pressuring voters on how to vote,” he said, explaining why so many voter fraud cases include absentee ballots.

There are also notable examples of mail-in votes causing headaches. Regarding the Wisconsin primary election that took place on April 7, the Milwaukee Election Commission — after meeting for the second time in one day — chose to count nearly 400 absentee ballots that contained issues with their postmarks, such as illegible postmarks, ones with no marks at all, and others with no date.

Von Spakovsky pointed to North Carolina’s 9th Congressional District race in 2018 — the only race in the 2018 midterms that was forced into a redo because of fraud. The North Carolina State Board Of Elections overturned the results after it was determined that a Republican political consultant and others allegedly went door-to-door collecting absentee ballots, filled them out themselves, and even forged signatures.

“They did all these things with the ballots that they shouldn’t have done because ballots are a valuable commodity,” von Spakovsky said. “When they are sent to people’s homes there’s a chance that things will happen like in that North Carolina race.”

Oregon — which offers all of their eligible voters a ballot by mail — may serve as a case study for how such a process can be abused.

An assistant professor of political science at Portland State University, Melody Rose, surveyed Washington County, Oregon. She found that five percent of registered voters admitted that other individuals marked their ballots, and 2.4% reported that another person signed their ballots.

Mail-in voting “gives candidates or campaigns or political parties the opportunity to go around people’s homes to try and find and collect these ballots,” Spakovksy said.

Nevertheless, some of the most powerful voices in the Democratic Party are ratcheting up efforts to allow every eligible voter in the U.S. to vote by mail in this November, arguing that such a move is critical to preserving the right to vote while the population adheres to social distancing orders.

Congressional Democrats demanded that billions of dollars in the last coronavirus relief package be dedicated to the expansion of absentee voting, but were cut halted by the GOP. Since that time, calls for a nationwide vote-by-mail effort have soared, with Democrats pressuring House Speaker Nancy Pelosi to make it an integral facet of a future coronavirus relief package.

Liberal organizations, such as the Center for American Progress, have supported these calls. Even progressive outfits that don’t necessarily focus on voting rights, such as the environmentally-minded Sierra Club and the pro-choice group NARAL, have done the same.

The campaign received a major endorsement when former First Lady Michelle Obama came out in support for vote-by-mail efforts. She tweeted on Monday that “No American should have to choose between making their voice heard and staying safe.”

But others say this is naive.

“They have no idea what they’re asking for, logistically speaking,” Public Interest Legal Foundation spokesman Logan Churchwell told the DCNF.

“Anyone that’s advocating for all-mail voting has no experience in the broader election system, and odds are they are in a state that doesn’t even have it,” he added. “It’s all in theory to them.”

The Public Interest Legal Foundation is a Washington, D.C.-based law firm that was launched to bolster election integrity, and has been behind a number of cases that have unmasked election malfeasance.

For example, the Public Legal Interest Legal Foundation purchased New Mexico’s statewide voter roll and compared it to a collection of other federal and commercial databases. The group identified registered voters listed who were dead and found examples of people who were registered to vote twice.

A research brief by the organization found that 28 million mail-in ballots in New Mexico went missing in the past 10 years.

“The purpose of our brief was to show that if you are going into any kind of automated system of mailing ballots everywhere that you have on file, you’re going to be sending a portion of those ballots to people that are dead, no longer live there, what have you,” Churchwell said.

To be sure, many Americans across the country participate in the election process by way of absentee voting — but it’s limited in scale.

Citizens can vote by absentee ballot in every state in the U.S, according to von Spakovsky.

In two-thirds of the states, you don’t need an excuse — you simply request an absentee ballot and it gets mailed to you, he said. In about a third of states, however, you need an excuse to do — such as being sick, disabled, out of town, etc.

Under a system being advocated by Pelosi and other Democrats, all registered voters would essentially be mailed an absentee ballot.

States that practice wide-scale voting by mail are not necessarily deep-blue. Rather, they have sparse populations.

Utah, a Republican bastion, has nearly shifted entirely to vote-by-mail. On the other hand, New York and other deep-blue, densely populated states have some of the most restrictive absentee balloting rules on the books.

He did, however, allow New Yorkers to vote by mail for the June primary.

As for a nationwide vote-by-mail process for November, Republicans say it’s a no-go.

“It shouldn’t be mail-in voting,” the president continued. “You don’t send it in the mail where people pick up — all sorts of bad things can happen by the time they sign that, if they sign that … by the time it gets in and is tabulated.”

House Minority Leader Kevin McCarthy has also referred to Pelosi’s attempts to make mail-in voting a part of coronavirus assistance as “disgusting.” The California Republican also accused Democrats of pushing for it because they “think that gives you some political benefit.”

Trump made similar remarks about the consequences of greater access to the ballot, saying in a recent interview that some of the requests Democrats were making would result in a Republican “never” being elected to office again.

The experts the DCNF spoke to said there is no concrete data indicating that Democrats have an advantage from mail-in voting.

“I don’t know if it translates into actual help to one party or another,” von Spakovsky told the DCNF, but added that Democrats are under the impression that it helps them.

Churchwell said: “There’s not enough evidence to say there’s a partisan advantage. There’s no data to support that.”