Record low unemployment numbers are starting to take a toll on the health of Vermont’s small-business sector, say business and labor experts in the state.

With Vermont’s unemployment rate hovering at a low 2.8 percent, the hiring pool across the state has become increasingly small.

The situation forces businesses to try to attract qualified workers with raised wages and benefits, which can be a challenge for small businesses that work within tight margins. According to Joint Fiscal Office estimates, about 90 percent of employers have staffing of 20 employees or less. 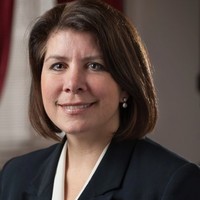 Betsy Bishop, president of the Vermont Chamber of Commerce

“Many businesses are reporting increased activity but cannot hire workers to keep up with demand. While we have been seeing this in the retail, service and hospitality industry, we are also seeing it in the advanced manufacturing sector as well,” she said.

Bishop says employers have learned to sweeten offers by proposing increased wages, flextime and benefits tailored to the needs of job applicants.

The problem has gained national attention as well. During a recent CNBC interview, former Vermont Gov. Howard Dean said the issue is uniquely challenging for Vermont.

“One of the problems is we’re a small business state, and as you know small businesses always have trouble keeping up with the wages of large corporations,” he said. “And we’re not much of a large corporation state — we have a few big ones, but not very many relative to the mix in some of the larger industrial states.”

Across the country, the situation isn’t much different. The National Federation of Independent Business reports that over a third of its membership — 37 percent — claim to have at least one open position they can’t fill.

The same report finds that 23 percent of small businesses consider the challenge to find qualified staff their No. 1 priority, and 13 percent report recently using temp workers to plug shortages. 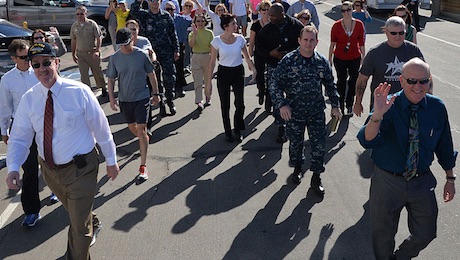 SHRINKING POOL OF WORKERS: There are fewer potential employees available in Vermont, and it’s  beginning to have a negative impact on business operations.

In his interview, Dean also highlighted the challenge of getting some Vermonters to join back in the workforce.

“The other issue is there are a fair number of people who could be in the workforce but aren’t,” he said. “Some of them left the workforce a long time ago when economic times were much worse, and they are not coming back in at the rate that we’d like them to.”

He added that various circumstances, such as the high cost of child care, prevent some parents from having the ability to work.

“If it costs you a lot for child care and you have a choice between being in the workforce or not, you may not be able to be in the workforce because you may have to stay at home and take care of your kids,” he said. 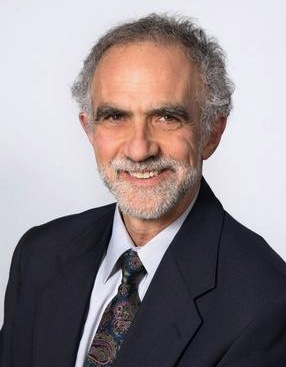 “The classic way to deal with low unemployment is, in order to get people to work you offer a higher wage, and entice people who were not in the labor market to get a job,” he said. “The problem with that is sometimes you have to raise the wages up for all your employees. If you are a grocery store and you need somebody to stock shelves, you can’t just pay the new person $12 an hour when everybody else is making $10 an hour.”

Woolf added it’s not just an issue for low-skilled positions in convenience stores, but also for positions in highly technical industries.

“Even with higher-skilled jobs I think you are finding this similar sort of thing — businesses are having a hard time finding people, and in order to get people they have to do something to sweeten the pot.”

He said the negative impacts on the employer can carry over to the general public in the form of higher costs for products and services.

Another point Woolf makes is that high school graduates often aren’t graduating with the skills they need to take positions in manufacturing or technical labor. He said Vermont, like most of the country, is testing around 50-to-60 percent proficiency in key areas such as math and English.