This editorial is by Lou Varricchio, editor of The Sun. It is republished here with permission.

Thanks to periodic state-by-state infrastructure reports published online by the American Society of Civil Engineers (ASCE), Vermont taxpayers get a detailed look at what’s good and bad about our state’s infrastructure. If it wasn’t for these reports, I doubt we’d get all the facts about the conditions of our roads, bridges, waste and stormwater facilities, and much more from other sources, including elected and other state officials.

Hopefully our elected officials, and those paid to oversee our state’s “physical plant,” paid attention to the 2019 report. We’ll find that out when the 2021 report card is released early next year. 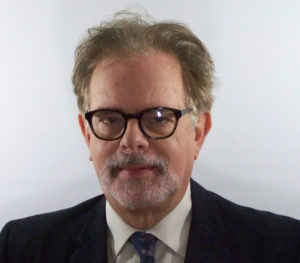 Some of our politicians, and unelected public officials, too, remind me of Mad Magazine’s goofy Alfred E. Newman: “The pipes deliver clean water, our light switches work, and the bridges carry our cars and goods. What, me worry about tomorrow?” The philosophy of “deferred maintenance” at all levels of government, from small towns to the nation’s capital, has become endemic these days.

But “deferred maintenance” as a long-term strategy was never meant to be a final solution as many landlords well know. Best to fix it now before the costs of labor and material increase.

In ASCE’s last state report card (2019), we learned that Vermont’s wastewater infrastructure got a poor grade; it is aging, in need of repairs, retrofits, and upgrades.

“Ballot measures and debt considerations for ensuring sound wastewater infrastructure to protect the community and ecological health compete with other critical community needs, including the opioid crisis, affordable housing, education, and others (including other social programs popular with some voters),” the report noted.

The same report gave Vermont roads a poor grade, too.

“The Vermont Agency of Transportation (VTrans) has prioritized the maintenance of state roadways, and the percentage of miles in good and fair condition has grown since 2013,” according to the 2019 report. “…Future needs are significant. By one measure, the state currently only has approximately two-thirds of the funding it needs to maintain its assets in a state of good repair. Increasingly severe winter storms are also challenging for regular highway system operations and maintenance.”

So, have we seen progress on Vermont’s infrastructure since ASCE’s last report? Sure, but lots more needs to be done.

Building expert and blogger Tim Cool has a good rule of thumb that’s ideal for our municipal and state decision-makers. It’s based on data he has compiled over several years.

“Every $1 in deferred maintenance costs $4 of capital renewal needs in the future,” according to Cool. “If a necessary repair is deferred and allowed to remain in service until the next level of failure, the resultant expense will be 30-times the early intervention cost… If we were proactive with our operational budgets and capital reserves, there would not be any deferred maintenance. In a perfect world, we would properly fund our general maintenance budget to keep the building in the best physical condition as possible, and we would have adequate capital reserves when we approach ‘end of life’ of our facility component.

One thought on “Lou Varricchio: Infrastructure, the backbone of a state”