The following “letter to conservatives” is by Liam Madden, a self-proclaimed independent and the Republican candidate for Vermont’s U.S. House seat.

I admit it! I read the FEC website, which has zero restrictions or specifications about the age of a donor (only subjective criteria) and I had my son donate to my campaign so I could debate. Was I dishonest? Well, I filed that donation with FEC and I openly discussed it on air during a radio interview. Why? Because I saw no reason to lie. In my view, I was navigating a very subjective set of criteria and didn’t make any ethical missteps. I thought I was using a loophole to get around a totally absurd rule to disqualify and marginalize candidates without huge donor lists and networks of elites. I’d do it again. Money should not prevent any candidate from taking part in debates. 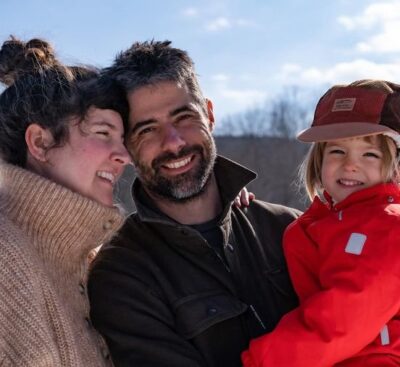 Did my campaign even benefit from this? A candidate could spend unlimited amounts of their own funds, so I materially benefitted from the spending power of that money not at all. Besides, I gave it all back (legally). Did those debates tip the Republican Primary …  hahahhaha! The VPIRG debate has 99 views on youtube. Let’s be real, the Vt Progressive Research Group probably had around 1 person, at most, who watched their debate and then voted in the Republican Primary. Even if ALL of those viewers voted for me, that is still a drop in the bucket relative to the margin I won by. That donation is therefore completely immaterial to the election results, even if the donation was a bureaucratic error on my part.

While Redic would like to think she is the judge, jury and executioner regarding election law, the FEC is the one who determines if any rules were actually broken. There’s a reason we don’t let the loser of the primary determine who is eligible for an election. Speaking of eligible, as a convicted felon, Ericka is, by the GOP’s own rules, not eligible to be supported by the state Republican Party, even if she had won the primary. So this whole pissing contest is deeply ironic. She’s so upset that I told everyone I was an independent, won the primary despite that, and then, GASP, decided to keep the nomination of the people who voted for me — because it was competitively more logical. Meanwhile she couldn’t even receive any party support had she won! You couldn’t even make this up.

I oppose assault weapons bans
I support strong borders
I want to lower taxes on small businesses
I am skeptical of carbon regulations and support nuclear energy
I am voting against prop 5
I take election integrity seriously
I oppose big tech censorship
I oppose lockdowns and mandates
I support investigating the Hunter Biden scandal.
I support term limits (6 years)

I rake Balint all the time on sacrificing public safety for dog whistles to her woke clique.
The entire point of my candidacy is to improve the representation of our political system, something conservatives in Vermont would benefit from disproportionately.

I am far closer to you than Balint! And I am polling more than 300% the amount of votes as Redic. If you really, really want to anoint Balint, then by all means split the vote, give Redic a whopping 8%, and keep bitching about how liberal Vermont’s delegation is for the 30 years of Balint’s incumbency. Just don’t be a hypocrite and blame anyone but yourself. The point of a primary is to stop this situation where the vote gets split! Redic’s ego is not a good reason to ignore the results of a primary, spitting in the face of the plurality of primary voters who chose me as the best candidate to actually stand a chance of beating Balint.

Conservatives, there’s not enough of you to beat a Democrat in Vermont. Your only chance is to vote for either a moderate or an independent who shares at least some of your values. If you are not overjoyed with the thought of being represented by an independent at least be rational. That is really all that I’m asking. Be rational, please. Vote for the best chance to beat Balint. That is me.