Sen. Patrick Leahy, D-Vt., has introduced a bill that would end restrictions on travel for Americans wishing to visit the poverty-stricken communist state of Cuba.

The bill, called the Freedom for Americans to Travel to Cuba Act of 2019, would end all restrictions on travel to the country for Americans and legal residents. U.S. Reps. Jim McGovern, D-Mass., and Tom Emmer, R-Minn., have introduced similar legislation of their own. 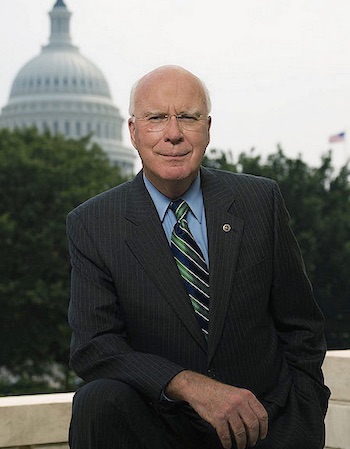 ON TO CUBA – Sen. Patrick Leahy, D-Vt., wants Americans to be able to travel to Cuba, a communist state.

Cuba is among the poorest nations in South America. The International Monetary Fund estimates that the monthly income averages $30 per day. Only fellow communist country Venezuela ranks below Cuba in its citizens’ monthly earnings.

Leahy’s bill would officially end restrictions put into place in 1996 and 2000 that prevent American citizens from traveling to the country, in addition to ending a prohibition on travel-related and banking transactions. North Korea is the only other country in the world with such restrictions on travel for U.S. citizens.

“The Trump Administration’s policy toward Cuba is completely at odds with its policies toward other countries,” Leahy said in a statement. “It is more in line with what one might expect of a totalitarian dictatorship. Freedom to travel is a right. It is fundamental.

“It is part of who we are as Americans. We travel. We explore. We meet people. We share our values. We build relationships with people we agree with and disagree with. Americans overwhelmingly support expanding travel to Cuba. The federal government should not be telling Americans where they can or cannot travel, especially to a tiny country just 90 miles from Florida.”

In April, National Security Adviser John Bolton announced a policy to put an end to several Obama Administration policies regarding Cuba. These included new restrictions on non-family travel and a $1,000 per quarter limits on remittances sent from the U.S. to family members.

These changes also expanded the Cuba Restrict List, which prohibits any financial transactions with an entity associated with Cuba’s military, security or intelligence services. U.S. Secretary of State Mike Pompeo also announced that Cubans who fled the communist regime of Fidel Castro will be allowed to sue Cuban companies that have used their property since they’ve fled.

According to a press release from Leahy’s office, the number of Americans visiting Cuba has dropped by half due to Trump administration policies.

“Hundreds of thousands of Americans who want to travel to Cuba are being denied that right by their own government,” Leahy said. “It is they, and Cuba’s struggling private entrepreneurs who depend on American customers, who are penalized. The restrictions that this bill would end are a failed vestige of the Cold War.”

Leahy’s statements and proposal come just a year removed from statements by the U.S. State Department that at least 26 diplomats in Cuba are experiencing health problems described in media reports as “mild traumatic brain injury.” The origins of the strange incidents are still unknown.

“On June 28, [2018] following a comprehensive medical evaluation, one U.S. diplomat working at U.S. Embassy Havana was medically-confirmed to have experienced health effects similar to those reported by other members of the U.S. Havana diplomatic community,” department spokeswoman Heather Nauert told media.

Last week, new reports confirm perplexing brain abnormalities were discovered after medical testing of the 26 affected diplomats. The incident is similar to brain injuries suffered by dozens of U.S. diplomats in China since 2016.

In his press release, Leahy states that the Cuban government is actively engaged with China as well as with Russia. He also suggests that Trump’s new restrictions are not in the best interest of the U.S. economy.

“If we don’t engage with Cuba, China and Russia will —  in fact, they already are,” Leahy said.

Leahy’s bill would not lift any current trade embargoes with Cuba.